The last week in exciting virtual and augmented technology news brings us a new pair of smart glasses, an augmented reality headset, as well as virtual drug discovery.

American Vuzix has given a hint at the next, unreleased version of the company’s smart glasses and they look about as normal as any other glasses. The only hint at its embedded tech is that its slightly thicker on the frames.

The glasses have bee developed in partnership with Plessey and their microLED technology, that enables smaller and lighter optical systems. No release date, price or name has been hinted at, but Vuzix will have to execute this well to get leverage, first being in direct competition with North and their smart glasses as well as in anticipation of Apple’s smart glass release. 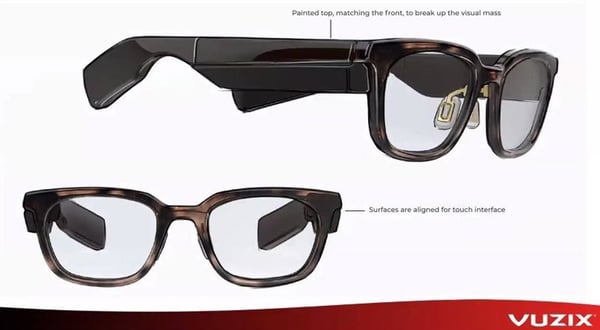 When it comes to recording your digital presence, screenshots and screen recordings are used daily to capture and share online activities. Now Oculus has launched its official set of Mixed Reality Capture tools, allowing users to record high-quality gameplay footage where real-world objects and people appear in VR.

Although requiring a range of hardware out of reach for the average consumer, Oculus Quest, camera, green screen, capture card, as well as the Mixed Reality software, this tech blends the virtual and real-world in an unforeseen way, merging these two worlds yet another inch closer.

The past few years have seen a wide range of use cases with virtual technology, everything from medical training to 3D prototyping. Now chemists are using virtual reality technology to visualise the structure of complex molecules.

The tool, called 4Sight, is already in use and has already helped to create a drug that treats addiction. Scientists already use physical models to visualise drugs, but with VR they can grab hold of virtual molecules and see how they move and respond to stimuli, finding the right match so a drug doesn’t cause side effects.

This tool can help reduce the margin of error during drug discovery and also enable several scientists in different locations to work on the same models. 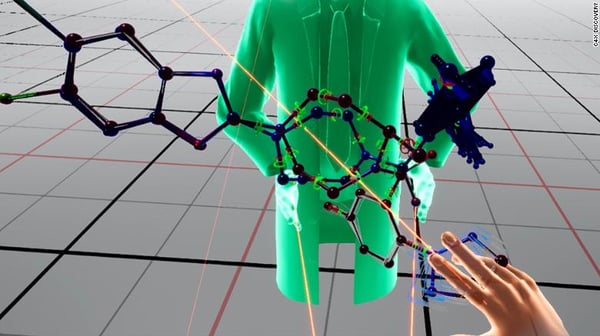 Chinese company Vivo has debuted its first headset, the Vivo AR Glass. Although there are no pricing or release details yet, it is set to use high-speed data connection of Vivo’s 5G smartphone, the Vivo NEX 5G, which is set to launch later this year.

The headset has a dual-screen display and 6DoF (six degrees of freedom) that help map the wearer’s position virtually. The headset has been designed for a range of applications, all from gaming to mobile office, meaning the headset is aimed at both consumers and enterprises alike.