AR weekly news is back with the latest in AR, after our lovely summer vacation. This week's edition will be in two parts, first one below featuring Apple jumping off the AR glasses race, the latest in display technology, neural text-to-speech holograms as well as a Mixed Reality glass newcomer.

Both holograms and real time translation exist, but combining the two something now possible with Microsoft Hololens and Azure’s AI technologies and neural text-to-speech. A hologram is scanned of a person, along with a text keynote, and by taking recordings of one’s voice, it can create a personalised voice signature, making it sound like another language. At this stage you will need a studio equipped with lighting rigs and high-res cameras to capture a perfect hologram of someone, but Microsoft’s demo below is quite impressive and may hint at developments to come.

The release of Apple’s AR glasses, set the get masses going for AR as early as 2020, are rumoured to have come to a halt. The team behind has been disbanded and its members reassigned to other divisions within the company. Reports state reasons among the device not being lightweight enough, the awaital and widespread 5g networking as well as content now being mature and wide enough. This does of course not mean Apple is giving up on AR all together, which is evident with the latest version of ARkit, the iOS-based AR developer tool. Apple has just decided the time is not right for glasses, for now.

A new MR glass kid on the block comes with China-based Rokid. Similar to the nReal Light, the headset is lighter and less bulky then other MR glasses out there from Microsoft and Magic Leap. The glasses have a single RGB camera and two depth-sensors. With a 45 degree field of vision and 720p resolution they do not produce the sharpest visuals, according to reviews, but there is not much lag in visuals so the experience feels smooth. The company’s main usage goals for the glasses is entertainment and productivity, so games, internet browsing as well as project management tools. Set to release in 2020 and still in prototype stage, tweaks and improvements might be done. 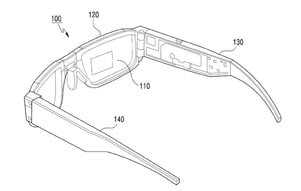 A patent application for foldable AR glasses has been filed by Samsung. The glasses look more like smart glasses than AR devices, switching on whenever unfolded.

Since it is only a patent, no one will know what or if something comes of it, but this just as another example of how all companies are now exploring all options for future AR glasses, to make them more appealing to consumers. 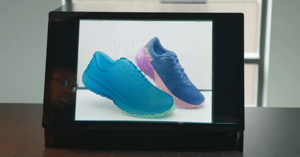 Adobe’s research team have developed an experimental display prototype, an AR display not connected to any other smart device. The display is transparent, letting users tweak the screen’s opacity, revealing objects on the other side. Images and videos can also be layered over the objects as well as interacted with. The display combines Adobe’s design tools, bringing them to the physical world.

Eyes on the road with AR 3D car display

Keeping the driver’s eyes on the road while driving has been one of the main focuses in car tech, although there already are AR enhanced windshields out there, the rest of the car has up until now still been an array of displays, monitors and buttons. This is set to change as early as 2022 with the partnership of automotive tech manufacturer Continental and display tech startup Leia Inc. The startup has developed a glasses-free 3D light field display which creates a 3D effect that can be viewed from all angles. With 3D depth, key information highlighting, sparks and other lighting effects, important data can be easily and safely viewed in any kind of outside weather, while still keeping focus on the road. Features like video calls and even internet browsing are also set to be added. Looks like cars are definitely on track of becoming the new immersive smartphone, as well as having full constant awareness of its  environment. 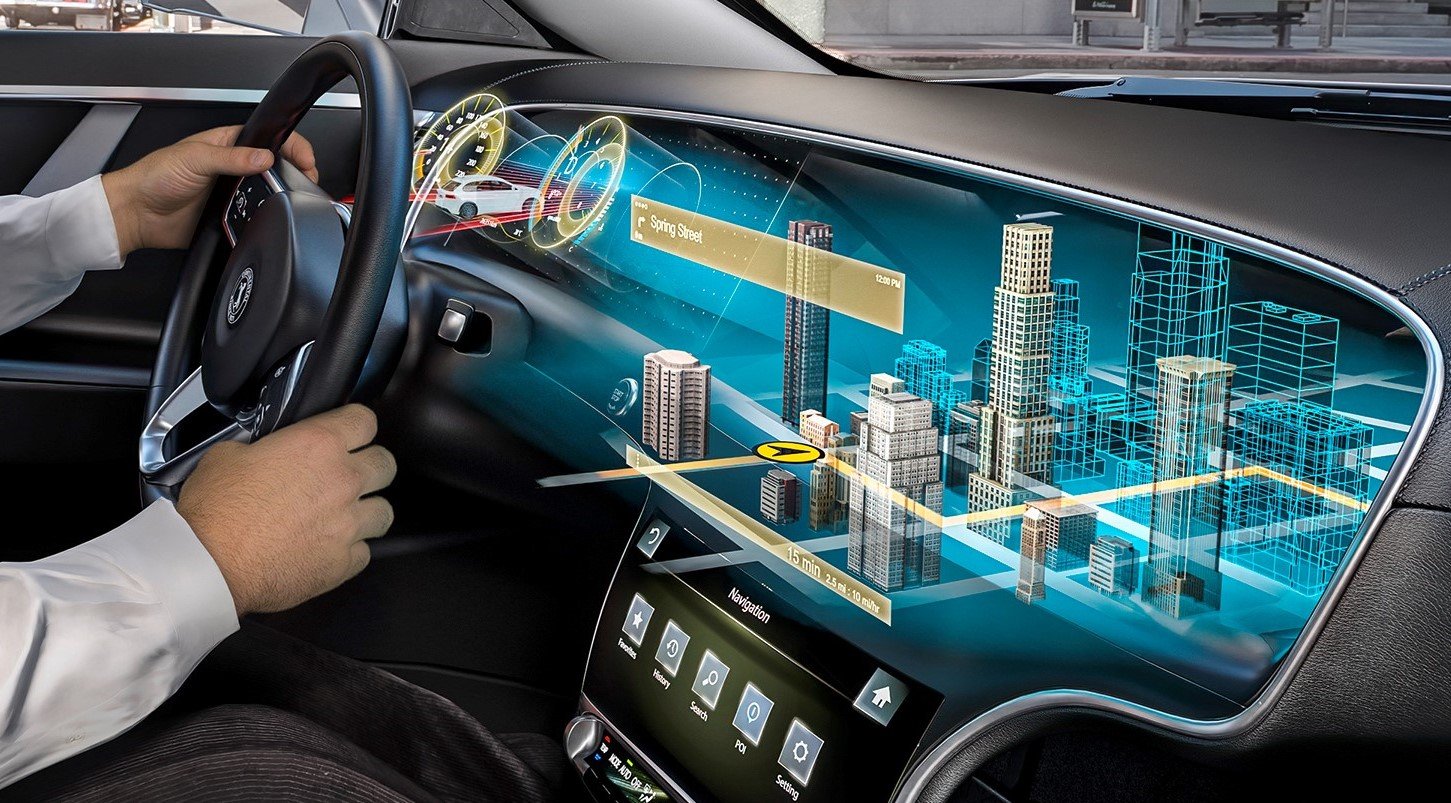