This week in immersive tech gives us two new augmented reality headsets, both on the low-budget range, as well as holographic battlefield planning and news for the future of professional sailing.

This week we have got a few AR headset newcomers. The first being the Rhino X headset from AR hardware maker Ximmerse. It is set to be used for anything from tactical firearm training to product design all the way to multiplayer gaming. The content is reflected onto the headsets transparent visor via its integrated display panel, and batteries can be swapped when running low meaning users don’t need to put it away to charge. With sensors embedded in the headset, it anchors content in the user’s environment through a marker-based system. At quite the low cost of $199, it might be one of the first AR headsets to trickle down to the masses. This could spur developers to jump on the chance to get out their AR apps through it, which might mean a welcome boost to the current state of augmented reality.

A leader in aerospace technology, Airbus, are preparing to supply Hololens 2 with advanced AR apps, aiming to support Hololens $480 million deal with the US army. One of them is a software that enables military officers and personnel to easily view 3D maps of battlefield locations, similar to tactical sandboxes, for mission planning and training exercises. Physical, tactical sandboxes have been used in military operations for millennia. With this new software, the process is the same but will improve things like basic setup, collective sharing of the current operation, as well as battlefield perception. For us civilians, this software can let us experience iconic cosmic science fiction film scenes, the likes of battlefield planning à la Star Wars or Star Trek.

The second newcomer in AR headsets is DreamGlass Air, recently launched on Kickstarter. It basically works as an extended screen for other devices like your phone or game consoles. You connect your device by USB or HDMI and pin the devices screen mid-air in front of you. The device can also track your head movements, meaning you can pin several screens and by moving your head choosing which screen to view. The headset might not be the most fashion-forward, but relaxing on the sofa or bed might not need this. The headset also being easier on the eyes than actual screens, its release might get some leverage, especially with early-bird prices under $300. 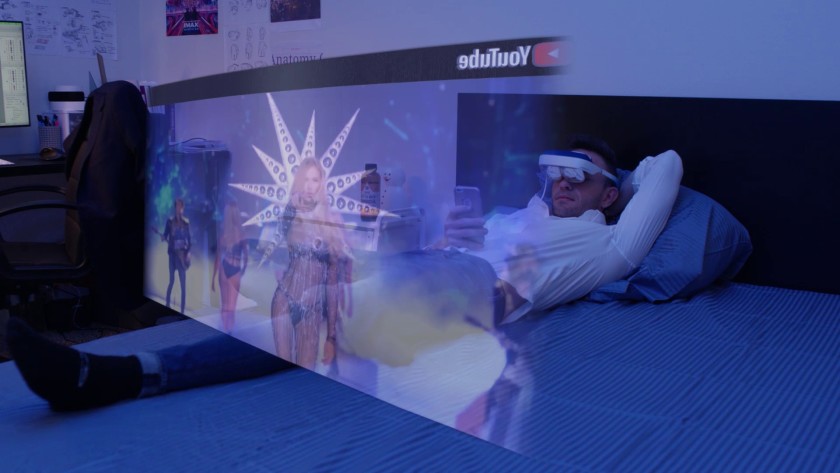 In high-level yachting, the most important equipment is the electronic plotter. The electronic plotter includes GPS, radar and automated information systems as well as various sensors keeping the crew up to speed on both the boat as well as the surrounding environment and its upcoming weather conditions. Now there is a new take on this system with the help of AR visuals layered over a live feed to provide its operators with a more seamless way to navigate the waters. This unique 3D system allows users to easily identify key information, all regardless of how busy the display is with other data, which can be a lot out in action. The display is connected to a camera that then combines other information input and overlays it for an accurate real-time reading of the surrounding waters. This could include objects, weather conditions and distance, facilitating navigation not only in unfamiliar or busy waters but in any condition or state.