The latest in AR and immersive tech brings us a hint that Apple's AR glasses are still in development despite setback rumours, augmented 3D mapping of the future as well as lost items founds with AR as well as yet another military AR application.

AR mapping for the masses

3D AR mapping startup 6D.ai, has exited beta and is now expanding its platform. It is now starting to prepare to let developers ship apps making use of their AR mapping. In all its simplicity, what 6D.ai does, is they help applications (and therefore devices) understand the world around them, by creating a 3D mesh overlaying their surroundings. The 3D mesh is generated to buy their 6D Reality Platform, all cloud-based. The platform is helping to create more seamless virtual experiences with real-time occlusion, bridging the gap between the virtual and the real. Although so far only available for iOS, a beta version to support Android phones and lightweight headsets has also been launched. Simultaneously, the company has also announced a partnership with US Qualcomm and Chinese Nreal, both AR headset manufacturers.

Apple's AR glasses hints on being back on track 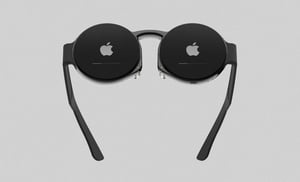 A popular Apple news source has posted an article with leaks in code indicating that Apple’s long-rumoured AR headset might still be on track. This comes despite rumours of the AR team being dismantled because the market was not seen fit for mass-scale production of AR devices. The posted article reports the build of iOS 13 containing apps being able to switch in and out of headset mode as well as a headset icon included in the “Find My App” bundle. No confirmation of the report from Apple as of yet, but the smokescreen might just lift soon enough.

The need for high-quality 3D content means volumetric capture has quickly become a staple necessity in immersive production. It helps create realistic holograms and seamless mixed reality productions. Volumetric capture requires an adapted studio and not many places have that to offer. Now a new studio of the kind has opened in NYC using bleeding-edge 360-degree green screen set able to assist in any and all kinds of 3D spatial recording. The VolCap market is growing exponentially, and this studio shows how easy volumetric capture makes scanning products or talent, and jumping right into the next stage of production. 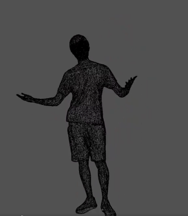 Below one of the companies Twitter posts on the matter:

Happy Labor Day Weekend! We’ve been quietly busy but also wanted to reshare some of the captures of friends who’ve dropped by recently.

Also to dispel any myth that we only do stills. Pffsh. STILLS?! pic.twitter.com/G8kgyUaibv

Finding what is lost with AR 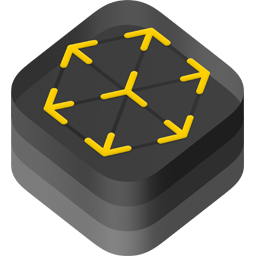 Newest in Apple rumours speak of a Bluetooth beacon device which can track your lost belongings using AR navigation. A Bluetooth tag is attached to items like keys, wallets, wedding rings, pacifiers, whichever dear item that may tend to get lost. Whenever said item becomes mysteriously misplaced, the room or space you are in can be scanned until a 3D or 2D balloon pops up and voila - lost no more.

Another military AR application comes in the form of hands-free AR to detect radio frequencies during combat. As many soldiers in the field, the use of radio waves help them make calls, send SOS beacons or connect to Wi-Fi. However, in combat soldiers usually, go radio silent, emitting no frequencies not to be detected by the enemy. A portable system is added to this to ensure transmitting is safe, but it adds weight to already-heavy equipment as well as while operated, taking the soldiers eyes of the field. With an AR system called “Spectrum Hunter”, operators can navigate radiofrequency waves with voice rec and hand gestures, locating and deactivating any transmissions while still keeping a look-out.