What's happened this past week in AR and immersive tech? Well to name a few, we got holographic boardgaming, a new ultra lightweight AR headset and Facebook going Ray-Ban for their rumoured AR headset.

Playing board games has taken a sci-fi turn with Tilt Five, a holographic tabletop gaming device. The Tilt Five device comes with a large tabletop, a pair of glasses as well as a wand to interact with the game itself.

The glasses do not use a traditional lens & display -setup as other AR headsets; instead, the headset hides a tiny projector, which beams the image onto a retroreflective pad on top of the tabletop, making the pad the display. This, coupled with cameras on the headset, can determine the position and can project the image in real-time according to the movements of the user.

No details have been released on launch dates or pricing or which device would actually render the game world but the Tilt Five states first launch will be through Android devices.

A newcomer on the mixed reality headset spectrum gives promise of being the smallest headset in the world with the widest field of view relative to its size.

With a price tag of close to 2000 dollars, it certainly isn’t the cheapest, but the device is aimed mainly at enterprises and increased productivity, with a built-in software with enterprise-focused tools like Live AR remote help, real-time 3D CAD modeling and overlay.

The headset comes with a wide set of features like Bluetooth Wifi, and 5G, flashlight sensors, gyroscopes, accelerometer, noise-cancelling microphones and audio commends as well as extended battery life. 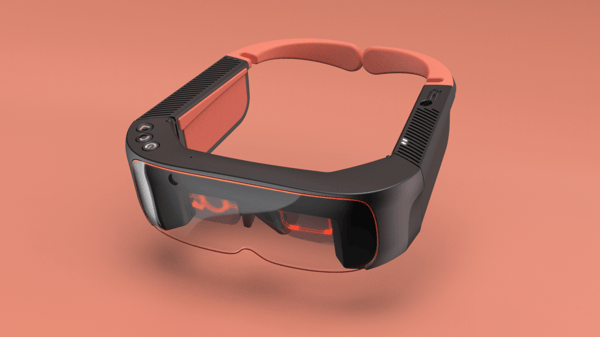 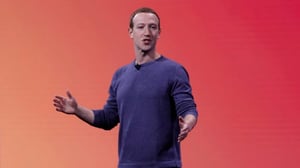 It is known that Facebook, just as most tech giants, has been working on their own AR headset. After a few years of little progress, the company now announces a partnership with Luxottica to develop Ray-Ban AR glasses with a release date set between 2023-2025.

This being the only big recent development, Facebook might have some catching up to do with companies like Microsoft, Google or Samsung, that are already lightyears ahead in their AR headset developments. They have already spent years, many a decade, acquiring patents, licenses and AR startups as well as partnering with manufacturers for different parts of the device: displays, semiconductors etc.

Zuckerberg has shown strong interest in the development of this headset, but critics say Facebook is far off from a near-future launch of any kind of consumer-friendly headset.

These two companies merging is predicted to bring interesting developments in how we interact with digital content by combining Ultrahaptics mid-air haptic ultrasound tech and Leap Motion’s optical hand tracking.

This teamed with Leap Motion having created an open-source AR headset prior to its acquisition, might mean we can see novel tech to be implemented in headsets to come.

Only reading about space, the solar system, our planets, the moon mission, can easily be hard to understand in the context of things, with distances and sizes never being true to size in traditional books, quickly losing the sense of wonder that should accompany great scientific achievements.

With AR, reading about space can be made more experiential with 3D objects that can be touched, tapped and swiped. US-based The Wunder Company is doing precisely this, making passive viewers into active participants in a story, changing the way we read about space or other fields of science.