Many young adults don’t drink milk - and they don’t listen to their parents - but they do listen to music! How to encourage the young adults to drink milk? The solution was to bring music to milk cartons. The songs of Eesti Laul, the Estonian tryouts for the Eurovision Song Contest, were a perfect opportunity for promoting milk consumption. 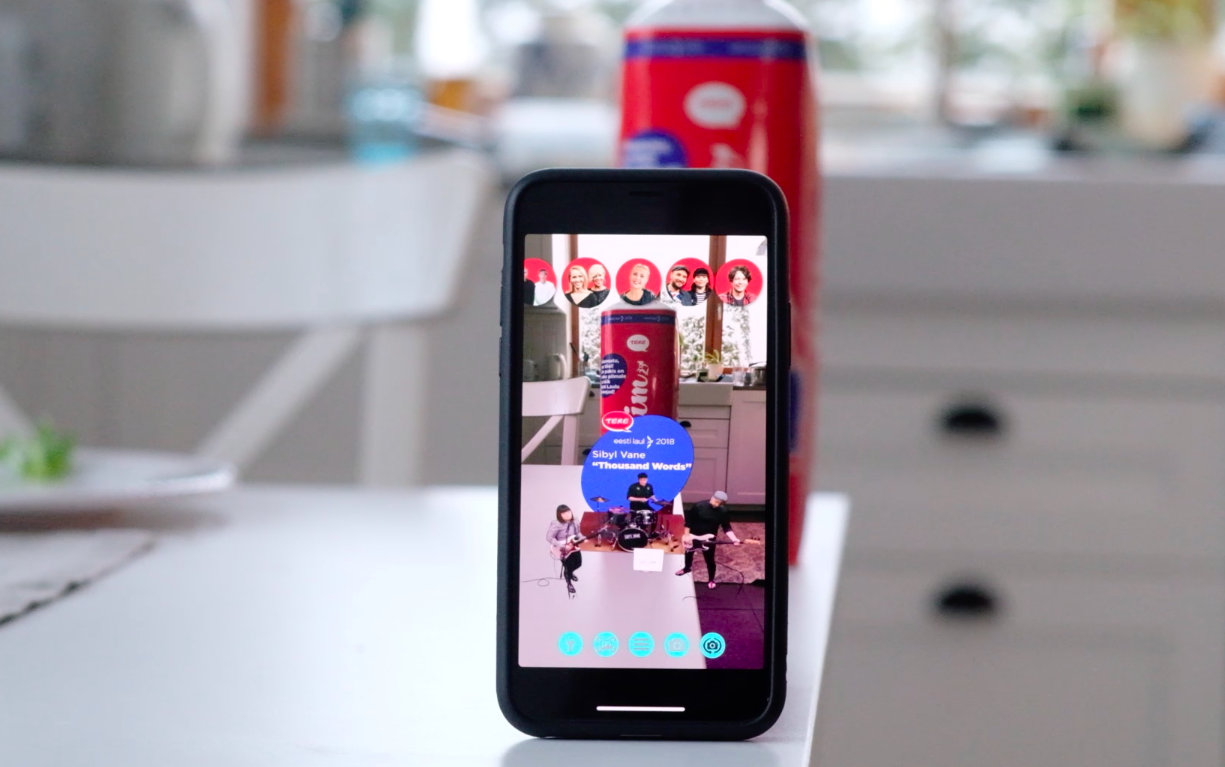 This was a fantastic example of utilising a unique advertising space, the milk carton, in partnership with Estonian milk company Tere that highlighted the contestants of the annual Eesti Laul. Tere launched the campaign as a way to inspire young milk drinkers in Estonia.

Milk is a product that is somewhat bland. For some, it's a part of their everyday-lives, and to some no. Either way, milk is something not many think of being something special. So, for a milk company to take on AR and building a campaign for the younger audience in mind, is truly disruptive and exciting!

The milk cartons could be scanned with the Arilyn app and each week leading up to the final, different contestants would leap from within the product and perform 30-second mini-concerts, in hologram form, for the viewer. The user could navigate between contestants simply by tapping the interactive buttons.

But did it work? Oh yes, it did! The milk carton was scanned close to 20 000 times and milk sales were up 34% during the campaign. Last but by no means least, Eurovision got a new nickname: Terevision.

Age McCann ran the campaign, Criffin filmed the artists and Arilyn produced and published the campaign in augmented reality.