After a little winter break, AR weekly is back with the latest news in XR. This week features the latest in Apple patent news,  one being gaming related, the other concerning XR streaming. Apple has also added payment for online AR while Chrome getting ready to launch their new AR packed version. Also featured in this week's AR weekly are two groundbreaking immersive experiences premiered at Sundance Film Festival.

Apple developing tech to record and stream AR and VR

The latest Apple patents show the tech giant has been working on tech enabling the recording as well as streaming of AR and VR experiences. Shareability has been an important aspect in the world of AR since the start, face and geo-filters being a perfect example of this.

Apple’s new tech would have the user not only watch a recorded AR or VR experience, but also experience the recording of the said live stream. For this you would need richer information in the screen and audio capture information in concern to the 3D geometry of real and virtual objects present in the capture, which Apple has done; capturing multiple data streams and keeping them synchronised.

This tech could be significant not for online VR/AR gamers, but opening up a door e.g. in immersive movie experiences in online streaming services. 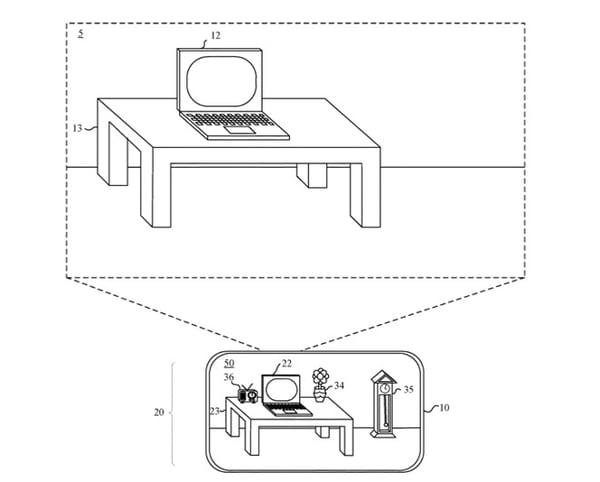 By donning a Magic Leap MR headset and biometric sensors tracking your breathing patterns, users step into a world filled with clouds pulsating with colour patterns representing life. Each breath you take makes each cloud expand and shrink as you walk around, breathing life into the particles around you, even manipulating them with your hand movements, encouraging users to contemplate the relationship between the living world and the air we breathe.

Latest version of Chrome more AR packed than ever

The upcoming release of the Chrome 81, the latest version of the web browsers, is to be more AR packed than ever.

Chrome, the first internet browser to bring in WebXR, browser-based AR, VR and MR, will mid-March of 2020 release Chrome 81. The updated browser will let users not only see virtual objects but also interact with them, on both horizontal and vertical surfaces, something previously not possible.

This will finally give more freedom in creating AR experiences similar to those viewed in apps. AR apps work best on newer phones and operating systems, but WebAR being compatible with all browsers, this also means low-end smartphones can view the AR, expanding the user base for augmented reality.

Viewing products in AR pre-purchase has opened up new shopping possibilities, and now with Apple’s Quick Look feature, it is made even easier.

The feature, not entirely new, is now expanding to let retailers add an Apple Pay purchase option to their AR products. They can also create a support chat along with a few other options.

Using AR in retail has shown to increase the likelihood of a purchase 11-fold as well as having fewer people return their purchase after trying it out in AR.

The feature is to be rolled out in big American brands like The Home Depot, thus putting AR shopping well on its way to becoming the norm rather than the exception. 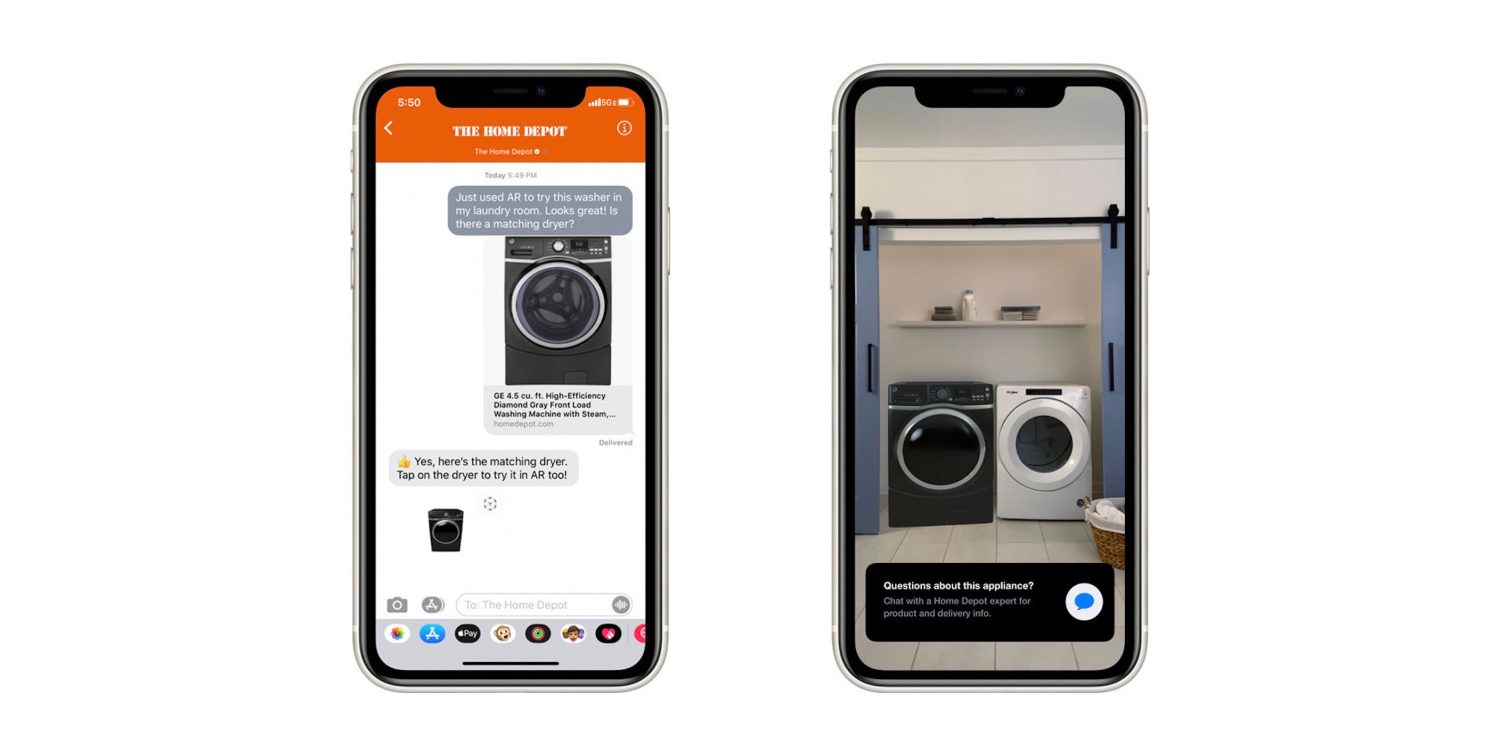 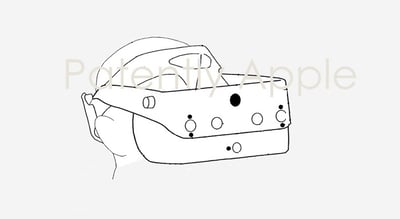 Another Apple patent application was also recently published. This one is for a head-mounted device and gaming controllers. The patent focuses on AR, VR and MR gaming, helping determine the range or posing of game controllers in relation to the console and if in pairs, to each other.

The patent widely discusses systems and foundations of an advanced gaming console and its controllers. Apple has filed several gaming-related patents in the past few years, which could hint at the future of XR being pretty bright.

With the incorporation of different tracking methods, both in headsets and their accessories, the latest comes from a team of researchers at University of Washington - a new electromagnetic tracking system promising high-res tracking with low power consumption.

Called the AuraRing, it consists of two pieces: an index finger-sized ring and a wristband. The ring uses a tiny battery to generate an oscillating magnetic field, and the wristband uses sensor coils to determine the orientation of the finger. Its resolution is on a higher degree than that of external camera monitoring of the same finger. This means the finger could easily write legibly in the air as well as input taps, flick gestures or even pinching to control a device from a distance.

The technology could in a future setting be incorporated with things like smartwatches, giving them an AR extension.

AR/VR collaboration platform Spatial has raised 14 million dollars in their latest funding round.

The platform lets users work and communicate through virtual spaces and their avatars, working with open browser windows and other virtual workspaces.

Spatial being cross-platform compatible including the biggest headsets as well as Android and iPhone mobile devices, they along with other virtual collab spaces will surely see a boom in users with many working remotely in the wake of the ongoing pandemic. 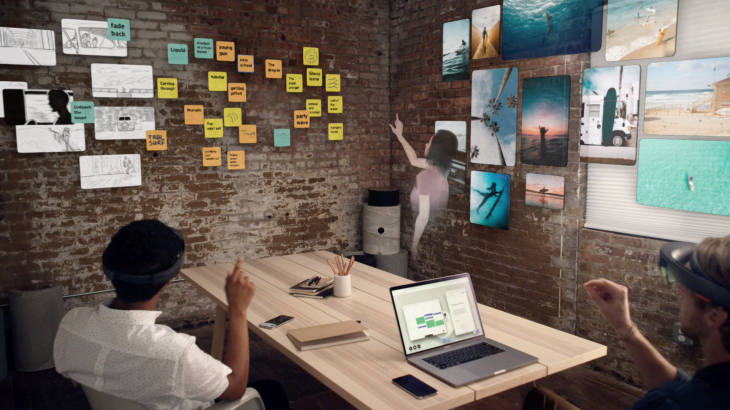 Another Sundance experience pushing the boundaries of immersive experiences is an underwater VR experience Spaces Out, simulating the weightlessness of outer space.

Users wear a headset from aquatic VR company Ballast. The headset uses the water itself to magnify the screen, and in-headset audio, as well as water vibration, delivers the sound to the user. The user then floats in water and watches a 9-minute video where you float from Earth to the moon, containing space footage as well as historical archival footage from the Apollo 11 mission.

VR and MR experiences utilising the surrounding space and natural elements are popping up, delivering ultimate immersive experiences for all the senses. 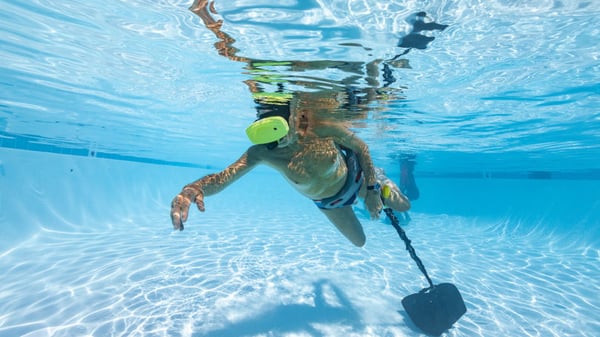