Facebook has been a bit slower than other AR tech giants in acquiring suppliers for their immersive devices, but the latest exclusivity agreement puts them back in the AR race.

Facebook signed an agreement with UK-based AR display maker Plessey, who will supply them with microLED displays, helping them prototype and develop new tech for a future AR headset.

Plessey’s microLED displays produce high-brightness, low-power and high frame-rate image sources, a technology already used by Vuzix and one Apple was interested in acquiring. Facebook is now one step closer to an AR headset, and so the race continues.

Google Glass might be overshadowed by other AR headsets and smart glasses, but it does outshine them in one specific application - helping kids with autism.

The glasses have been used in a project called the Autism Glass project, which helps children on the autism spectrum in social settings, recognising facial expressions and emotions.

The camera on the glasses recognises the emotion and then represents them with an emoji or written word on the screen for the child to see, making social interactions a lot easier for those struggling with reading emotions and combating isolating born from said struggle. The glasses don’t take the child out of their natural environment, but just as normal glasses do, help them see and understand their existing surroundings.

The project is a Stanford Medicine initiative, ongoing since the past six years, nicknamed “Superpower Glass” by its young users. 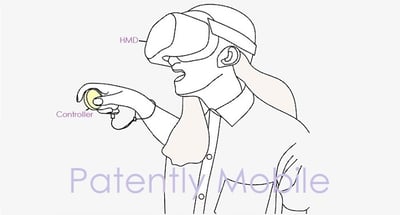 The latest in headset extension patents is one granted to Facebook Oculus for a trackpad-like device to allow users to type out messages through a virtual keyboard.

The trackpad is placed between the index finger and thumb, with the thumb resting on the trackpad. The user then uses the trackpad to control the movement of a pointing indicator, the equivalent to a cursor on computer screens. It is designed to make typing on virtual keyboards more efficient and intuitive. So far, only a patent, Facebook has not announced any plans on production, yet.

Also worth noting is that the lead inventor for said invention joined Apple in January 2020 as a UX Prototyper. If this hints at Apple’s future headset extensions, remains to be seen.

Many smart glasses are not up to par with headset tech, but mixed reality glasses Nreal Light just got closer by adding seamless hand tracking.

Chinese-based AR startup Nreal has teamed up with California-based Clay AIR to add complex and precise hand tracking to Nreal Light’s input options. The tracking supports pinching, pointing, zooming, grabbing and swiping of AR objects, while displaying a hand skeleton atop the user’s real hands. The tracking requires no additional hardware and has 96% accuracy and works in both AR and VR.

The companies also claim that the tracking only has a modest impact on battery life. Adding seamless hand tracking and gesture control recognition is an important step for smart glasses to entice casual users and enterprise users alike.

Nreal Light’s consumer kit is planned for release during the second quarter of 2020, while the developer edition is already available.