For yet another week in immersive news, we have one big acquisitions for Niantic and another rumoured one for Apple, Magic Leap laying off staff amid pandemic and news both in full-body tracking and button-less controllers!

Magic Leap is the latest technology startup to shrink its workforce amid the pandemic. They are letting go about half of its workforce, meaning around 1000 employees will be affected. According to those on the inside, the company is downscaling to focus on its enterprise hardware products.

Deals and strategic options in the works would have valued the company at $10 billion, a high valuation to uphold in times when global economies have come to an almost full stop.

With major XR companies already putting focus on enterprise XR solutions, and given the ongoing pandemic, consumer AR hitting the masses might not be as close as we think. 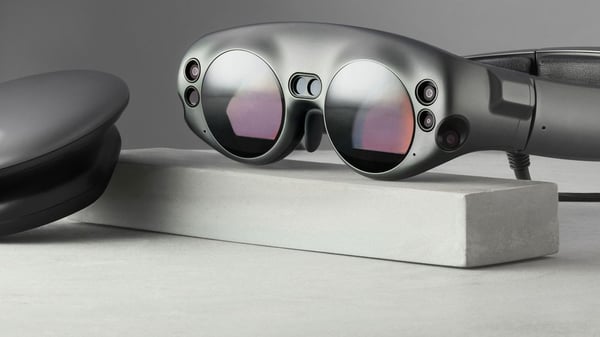 This year we have since quite the boom in tracking accessories for XR products, aiming to reach fully immersive experiences. Especially full-body tracking solutions seeing new emerges, the latest from Manus VR.

Their Manus Polygon uses Vive Trackers on the feet, waist and hands and has been designed to be self calibrated, meaning you wouldn’t need anybody on the outside to help you set up. In a training or simulation this adds to its usability. The Polygon system reads the movement of the Vive trackers and calculates the natural body movement of the user. The Polygon also suppers multiple users both locally or remotely, so users can share a virtual space.

Another company shifting their ways during the pandemic is Niantic, the company made famous through their outdoor-friendly games like Pokemon Go.

Not only have their games made indoor-compatible, they are also business-wise, taking a change in course with the acquisition of augmented reality startup 6D.ai. The acquisition is seen as a major step forward in the building of their AR platform, the Niantic Real World Platform, which is to help developers “build AR experiences for all types of consumer and business applications, including enterprise”.

6D.ai, a San Fransisco based startup, builds software allowing smartphone cameras to detects 3D layouts in spaces around them, letting AR elements more effectively merge with the surrounding real world. The acquisition is seen as putting Niantic in direct competition with Facebook and Apple, both having made considerable investments in their AR developer platforms.

Will Niantic hold their own against two major tech giants in times of slow growth, that, remains to be seen, but yet the race continues.

Below a video of 6D.ai tech in action, creating a 3D space using only smartphones

In the latest Apple news comes a rumour of Apple being in the process of acquiring California-based VR company NextVR.

NextVR is a leader in broadcasting live sports events in virtual reality, with partnership deals in place with the NBA, Fox Sports, Wimbledon and more. The company also holds a patented technology supporting high quality video streaming, along with 40 other technology patents, which might be the root to Apple’s interested in said company.

The price tag is valued at around $100 million, and although not closed yet, both companies have started informing employees of relocations.

A no-buttons feature sets it aside from most existing controllers, even though the controller does support button-like gestures. The campaign exceeded its initial goal, and several new ones have been set to achieve different advances for the controller.

Gamers and VR fans are seeing quite the plethora of controllers popping up as of late.