AR Weekly has returned from the summer break!

This week we have an AR contact lens, Apple's sci-fi virtual touch screen, and LG's plausible AR glasses. Also, I couldn't leave out this last week's news: Snoop Dogg gets his own AR wine!

A new Silicon Valley start-up, Mojo Vision, is on a journey to make our digital world better. No staring at screens, no bumping into people while navigating, no interruptions on the dinner table. Enter AR contact lenses!

You can see directions while walking, essential steps for replacing an unfamiliar machine part, or talking points for a presentation; without holding a device or looking down at your screen.

Mojo Lens uses unique microelectronics and the world's densest display to overlay digital images and information seamlessly into your life. By providing critical information through smart software that understands the user's context, Mojo Lens empowers you to live your life without interruptions.

With AR devices getting smaller and smaller, and the displays closer and closer to the user's eyes, Apple is on a search for an option to touch screens.

Apple's patent application, filed in 2016 and made public this week, describes a way of displaying a touchscreen on an object. The screen options would be visible to only that who's wearing the AR display.

Apple presents two options to control the virtual touch screen: a touch-sensitive device on the user's fingers or a camera to track a person's fingers as they move. To determine whether a virtual button is pressed, the technology could use heat to monitor temperature changes in the object.

With Apple's rumored AR glasses being on their way, Apple is undoubtedly in the competition to the AR top!

According to South Korea-based ET News, LG is teaming up with Japan's NTT DoCoMo to build AR glasses. The glasses will first launch in Japan, where has been an increased demand for AR content due to the Covid-19 pandemic.

AR business is one of LG's main focuses for the future. The company has been actively working on prior technologies by consistently registering patents related to AR devices and utilizing AR technologies, such as educating service engineers.

AR technology can be applied to various fields, such as tourism and education. The level of AR content is high in Japan, so there's a fair chance for AR glasses to succeed in Japan.

Snoop Dogg Gets His Own AR Wine Because Why Not? 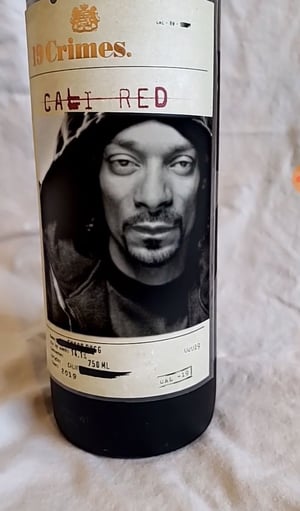 Snoop Dogg has always shown an interest in novelties of life. Now, he's entering the AR game with wine. California-based innovation studio Tactic has made a new addition to its ongoing series of AR labels, "Living Wine Labels," featuring Snoop Dogg himself.

The campaign for Treasury Wine Estates features stories of several historical outlaws banished to an English Penal colony that would eventually become Australia.

"This came straight out of the brand values – anti-authority, rule-breaking, culture creation, and redemption. We realized these values are timeless, and when we put a contemporary lens on them, the first person we thought of was Snoop," said John Wardley, 19 Crimes Marketing Vice President.

The Snoop label comes to life with scanning the wine bottle with the Living Wine Labels app, available in the App Store and Google Play.

That's it for this week's AR Weekly. See you again next week!