This week's augmented news gives us a wider FOV of HoloLens, OpenXR expanding to multiple devices, AR toothbrush for kids, and a fresh future of AR gaming.

Based on patents filed in April 2020, Microsoft tackles an issue of their limited Field of View. The method splits an image and projects the two separate components and combines them.

The inventors, Microsoft optical engineers Tuomas Vallius and Jani Tervo: "A large FOV of at least 70 degrees, and potentially up to 90 degrees or even larger can be achieved by an optical waveguide that utilizes intermediate-components to provide pupil expansion. Additionally, where only a portion of the total FOV is guided to disparate intermediate-components, a power savings of up to 50% can be achieved when compared to a situation where the FOV is not split by the input-coupler."

As with most patents, there is no guarantee that this represents an actual implementation Microsoft intends to use. However, it's a positive signal that the HoloLens could include such an improvement. 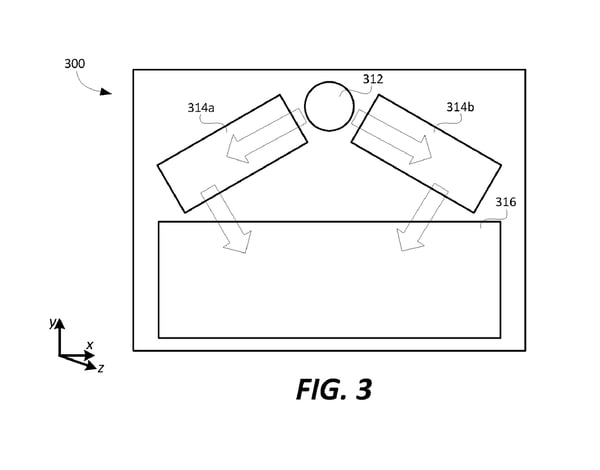 A year ago, the Khronos Group announced its royalty-free MR standard, OpenXR. The OpenXR aims to make cross-platform software coding easier for VR and AR developers. Now, OpenXR is available over several well-known headset platforms: Microsoft's Windows Mixed Reality headsets and the HoloLens 2, as well as the Oculus Rift and Quest platforms.

This extension means that Microsoft and Oculus have released OpenXR-conformant runtimes for both Intel and ARM architectures. For businesses and developers, that means the same app will be able to run across different platforms without custom modifications. 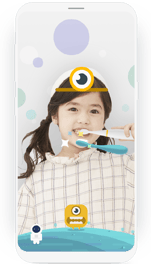 Brush Monsters is the world's first augmented reality smart toothbrush for kids that is guaranteed to improve kids brushing habits. Brush Monster features a real-time motion sensor that tracks the time the brusher spends on 16 areas of the mouth.

With the included Brush Monster app, the brush provides a report on how the brushing succeeds and needed improvement areas. The Brush Monster gamifies brushing teeth, aiming children to look forward to their next brushing challenge.

The core principle behind Tilt Five is when discussing the practicality of AR today, should it be less everywhere and more about AR somewhere?

To achieve a high level of user-friendly and hardware efficiency, Tilt Five's technology employs a retro-reflective gameboard that works with onboard glasses optics for realistic AR interactions and depth. A purpose-built AR platform enables high-performance, lightweight, and super-wide field-of-view.

Tilt Five's AR gameboard runs together with glasses and a wand. It also works as an open platform for developers and game partners to build AR games. 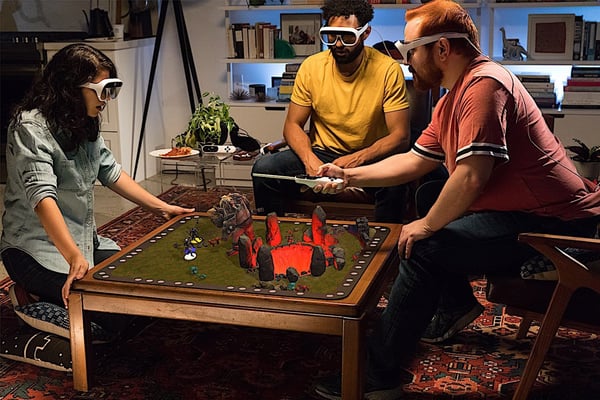 That's all, folks! See you next time!