A very entertaining week this time! The Weeknd is throwing an AR concert, and TxDOT's new AR game encourages drivers for a more safe road behavior.

Also, AWE's cofounder Ori Inbar offers insights of ten years from now. What will the year of 2030 be like? How will AR become the most important and most common tool for us?

The Weeknd to hold augmented reality concert on TikTok

The Weeknd will perform his latest and fourth studio album After Hours on a virtual concert on the video-sharing platform TikTok.

The show "The Weeknd Experience" will be live-streamed on the @tiktok account on August 7 at 8:30 p.m. ET. The Weeknd will perform as a digital avatar as part of what TikTok calls its "first-ever in-app cross reality experience."

The concert is raising funds for the Equal Justice Initiative, aiming to end mass incarceration and racial inequality in the United States. Attendees will be able to donate directly to the organization from the TikTok app during the concert and have the opportunity to purchase exclusive merchandise inspired by "The Weeknd Experience."

TxDOT's (Texas Department of Transportation) annual "Heads up, Texas" campaign takes the form of an AR mobile game this year.

The game "Dart Those Distractions" aims to increase awareness about the dangers of distracted driving in an interactive, engaging way. In the game, the players will throw darts over a car windshield to hit balloons, symbolizing driving distractions like eating, programming music, navigation, and self-grooming. So not just texting or talking to the passenger seat.

The AR game is available on any smartphone or tablet on www.dartthosedistractions.com. Don't play while driving! 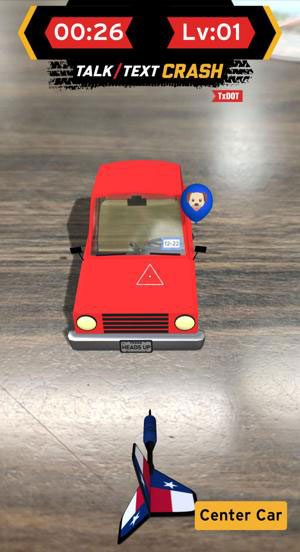 In a blog post for Super Ventures Blog, AWE's cofounder, Ori Inbar, receives a message from his future self. In the message, future-Ori describes the year of 2030, and how AR is a crucial part of human's every-day life.

"In 2030, everyone is using it (AR) as an essential part of their daily lives and can't even recall a time when it wasn't the case. Almost nothing works without it."

The Spatial Artificial Intelligence, SPAI, is playing a significant role in the adoption of AR. It serves as a common foundation for IoT, robotics, and autonomous vehicles. SPAI is helping us in the future from many perspectives: unemployment, healthcare, climate change, disaster relief and emergency response, the amount of waste, and the basic, every-day tasks.

At the end of the post, Inbar confesses that it wasn't actually his future self, but his subconscious. "Everything I told you today, you already knew…"

What a vision to end this week's AR insights! See you next time!