The global lockdown has increased the need for virtual entertainment, and that's what we'll get. Muse announces a mixed reality virtual stadium experience, Burning Man extends the reality even more, and Nreal's MR glasses shipping this month in Korea on AR Weekly.

Muse will return to stadiums this fall with the launch of Muse's Simulation Theory: Virtual Experience. The happening offers a mixed reality experience with a combination of concert footage and digital socializing.

Virtual Experience's main draw is 360-degree footage of Muse's sold-out show at Madrid's Wanda Metropolitano Stadium in July 2019. The audience can engage with the show from different angles, explore show visuals re-imagined for a 3D space, meet up with fellow attendees as avatars, play with interactive toys, and buy merch.

"We can't wait for our fans to be able to truly immerse themselves in our Simulation Theory world and take full advantage of everything that the Stageverse experience will offer," said Muse frontman Matt Bellamy.

Indie developers are re-imagining social apps to save the iconic off-the-grid event Burning Man, which has offered an escape from the current reality for decades. This year, due to the global pandemic, the physical event was canceled.

The organization behind Burning Man is bringing together a group of technologists to create a web of hacked-together social products to capture the atmosphere of the event. With backgrounds in virtual reality, blockchain, hypnotism, and immersive theatre, the indie developers created eight official "recognized universes," each taking different approaches to what a virtual Burning Man should look like.

Each app engages with bringing elements of the physical event into virtual spaces: a virtual sketch-like map of the location, acts of driving, losing your phone connection and growing tired and hungry on the way to the physical event, and 3D landscapes matching the scale of the real-world event. 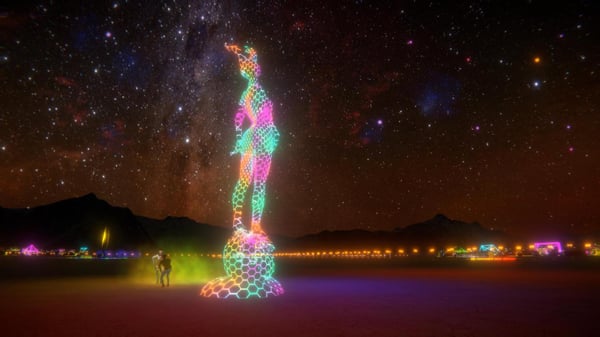 Nreal's mixed reality glasses are shipping this month in Korea

The Nreal Light mixed reality glasses are shipping in Korea in August 2020. The launch is happening alongside the new Galaxy Note 20. The glasses are sold both standalone and as a bundle with the Galaxy Note.

The standalone price is around $586, and the bundle price around $295. Preorders opened on August 11th, and the headsets will be available in stores on August 21st.

Nreal is one of the few companies still braking to the general-purpose consumer smart glasses market. The company has signed partnerships with Japanese carrier KDDI and Germany's Deutsche Telekom. 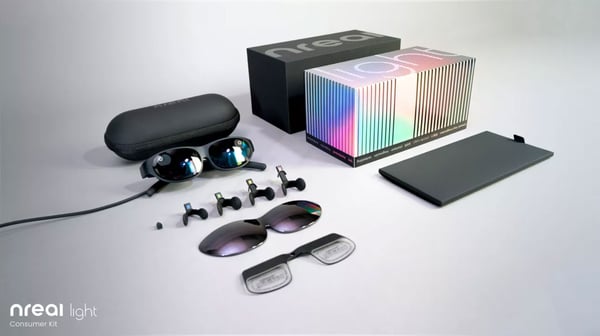 That's all for this week's AR Weekly. See you next time!