Halloween season is knocking on the door, so what better way to go trick-or-treating than with an AR Ghostbusters game?

Ghostbusters fans get an early Halloween-treat with an AR game

With the unusual year we're having, even Halloween traditions need an update. In collaboration with Sony Pictures, home of the Ghostbusters franchise, a US company Ferrara came up with a ghost-hunting AR game, Haunted Candy Hunt.

The players stationed in the US can use their phones to troll around their living rooms, kitchens, and backyards in search of Slimer from the classic Ghostbusters films, as well as a new character created exclusively for the game, Sweeter the Ferrara Candy Ghost.

"While Halloween may look different this year, now more than ever, consumers are seeking out new ways to enjoy Halloween traditions and celebrate the season," said Mariah Havens, Senior Brand Manager of Seasonal Marketing. "This year, we're thrilled to work with Sony Pictures and the iconic Ghostbusters franchise to offer a virtual spin on the classic neighborhood trick-or-treating experience. This augmented reality game allows fans to hunt for candy, ghosts, and more!" 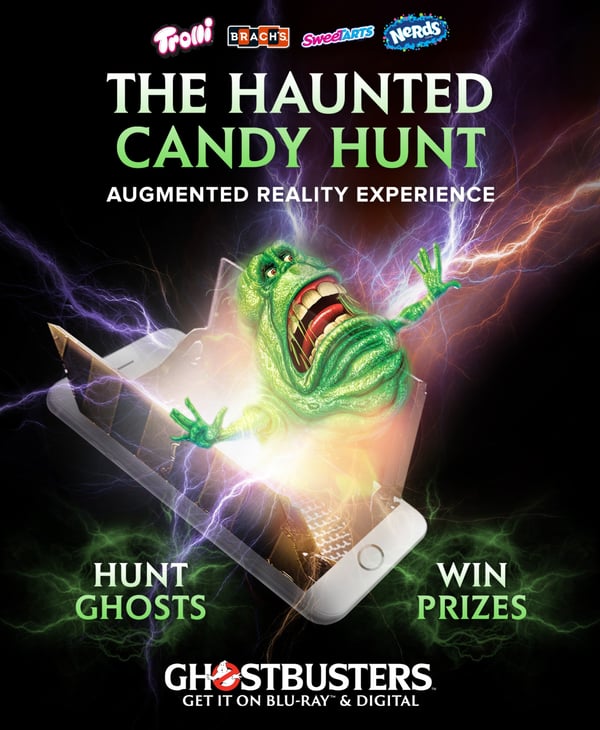 When sampling in stores is no longer an option, new options for product promotion arise. Blume Honey Water has launched an AR campaign, where its clients can scan a QR code and learn more about the organic product.

"We began the process of implementing AR on our Blume bottles last year to support our educational mission. However, in a time when sampling in stores is no longer an option due to safety protocols, we were able to quickly pivot to ensure that in addition to this initial mission, AR allowed our customers to experience and engage with our products safely."

AR enables customers to see inside the Blume Honey Water brand, meet its founder for a virtual tasting, understand its mission, the sourcing of its organic ingredients, and learn about its many sustainability initiatives.

The experience accords with the announcement regarding the company's USDA organic certification. Blume Honey Water is currently available in select stores in the US.

In new patent applications, Apple is investigating options in spatial audio. Specifically, the company wants to build an audio format like MP3 or AAC, which becomes a standard and incorporates that extra spatial information that AR requires.

The format needs to contain the actual audio and far more than whether an element should be played out on the stereo picture's left or right side. "Producing three-dimensional sound effects in XR applications is challenging because existing audio formats were originally designed for producing 3D sound in a physical environment with fixed speaker locations and stationary listeners such as in a movie theater," says Apple about the new application.

Apple's proposed solution is to create a similar format to how .m4v and .mp4 are container formats, grouping together different elements. In the case of Apple's new spatial audio requirements, the company suggests creating an audio asset library, which includes asset metadata that enables XR application developers to compose sounds for use in their applications. 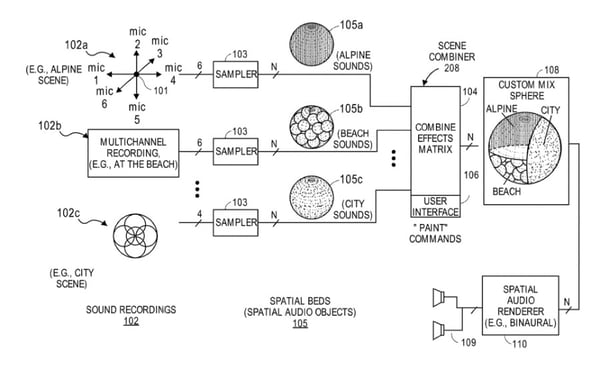 The AXR+EXP Concert Series will star live rooftop performances in addition to the live stream. After the performances, the fans have the opportunity to pose and hang with the artists in AR.

The app, AiR Show T3D, is available on Google Play and the App Store.

That's all, folks, see you next time!