This week's augmented reality insights bring us both tech and entertainment. AR indeed goes many ways and works in many applications!

Amazon launches a Halloween AR experience so you can become a pumpkin yourself, Apple takes another step towards the future of AR, and virtual voguing and razzle-dazzle.

Amazon has launched a Halloween campaign that uses less packing material and features an AR application.

The customers ordering from Amazon will receive their product in a cardboard box, which isn't unusual. Unusual is that the box has a QR code and a white pumpkin picture on the side. For the AR experience, the user can "carve" a face on the pumpkin with a black marker.

With Amazon's augmented reality app, available in the App Store and Google Play, the user can scan the QR code, and the pumpkin comes alive. Now the user can custom their Halloween visitor, with different colors and accessories available on the app.

The promotional pictures in app stores indicate that this won't be the last one in Amazon's AR features. The pictures show a delivery box turned into an AR car and a corgi jumping out from a similar picture to the pumpkin one.

If you're not ordering from Amazon right now, you can test the AR pumpkin on their website.

Apple threw a launching event for their new iPhone 12 this week. The new iPhone has been expected to heavily support AR operations and adoption, but it actually might accelerate them.

The first one is the iPhone 12's 5G support. 5G is the anticipated factor to more seamless AR experiences and "AR everywhere." The second future-proofing move is lidar. It enables more robust AR with faster and more comprehensive spatial mapping. This indicates the capability across the iPhone line in future cycles.

Though AR was a sidenote in most unveilings in the event, its day will come, and Apple knows it. The technology now got some more tools to get there faster. 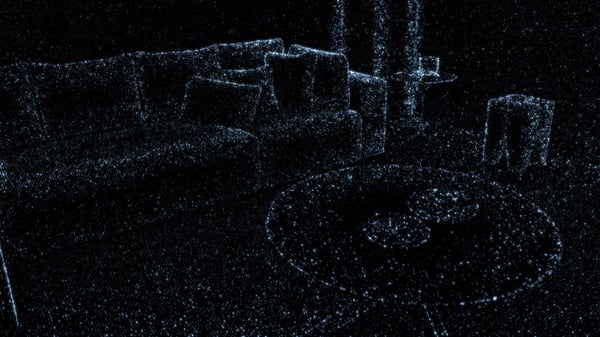 All live arts have pivoted heavily towards the screen and virtual applications due to the Covid situation. Also, screen arts are simultaneously turning live. This year, the BFI London film festival launched LFF Expanded: a new strand dedicated to virtual reality, extended reality, augmented and mixed realities, immersive, and 360° experiences.

The festival features several pieces where dance has turned virtual, and the viewers can immerse themselves in it. Whether they want to do some vogueing, browse a pop-up book, or immerse into a navy ship inspired razzle-dazzle, they're all available both on-site and online.

This kind of hybrid event allows people from all around the globe and from all backgrounds to enjoy the joy of dancing.