It's two weeks before Christmas, and we are getting ready for the holidays! Catch tips for a novel gifting experience and New Year's Eve, and check out the top 10 immersive moments of 2020.

The unusual year is coming to an unusual end. With fewer people coming together, Dior has created a novel and safe gifting experience.

With the help of an AR filter – available on Instagram, Snapchat, Facebook, and the 8th Wall platform – the fashion house brings the dazzling Dior gift boxes to life in 3D.

I know this isn't really augmented reality, but it is as cool as a cucumber!

The city of Paris, an electronic music pioneer Jean-Michel Jarre, and a French startup VRrOOm join forces to wave goodbye to this Hell of a year and say hello to the new one.

Release the horses: "Welcome to the Other Side" is a one-off exclusive, worldwide, and open-to-all, free live-stream virtual concert-spectacular set in Notre-Dame de Paris.

The concert will be:

Jean-Michel Jarre will perform live from a studio near the Notre-Dame while his avatar plays inside the virtual one. The 45-minute concert will be comprised of Jarre's tracks from his recent GRAMMY-nominated opus Electronica, as well as new reworked versions of his classics, Oxygène and Equinoxe.

The concert's audio will be released on January 1, 2021, at 12:15 am CET on all music streaming platforms under the title WELCOME TO THE OTHER SIDE – LIVE.

So, if you miss the show, you can still get to the mood of a new, better year through the audio track.

I, for sure, will be watching! Can't wait!

An article on Medium.com lists the top 10 immersive moments of this year. Here are the most top of the tops.

Oculus Quest 2 had some big shoes to fill and didn't disappoint. Featuring a smaller and lighter headset, improvements in graphics, better battery life, and a lower price than it's predecessor, the Quest 2 saw 5x more pre-orders than the original.

Apple ushered into a new era for the smartphone when it released its latest model, the iPhone 12. Maybe the most exciting part of the release was the LIDAR (Light Detection and Ranging) scanner. This feature enables faster and more effective consumer AR.

This wouldn't be a 2020 top chart without mentioning the Covid. Many amazing immersive companies turn their efforts to fight against the pandemic, Microsoft being one.

Due to social distancing, virtual events gain momentum. VR has been adopted to give people a sense of presence when everyone is craving physical experiences. 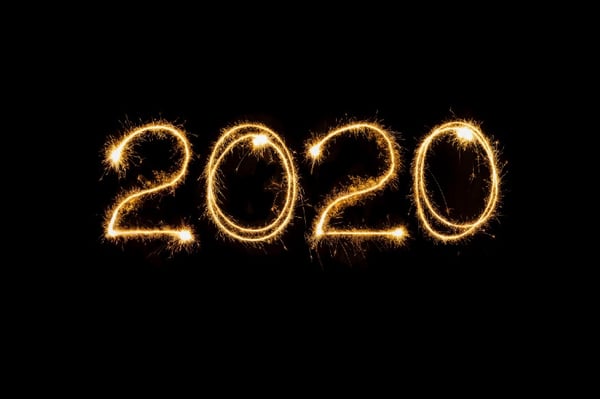 That's it for now, see you next time!