The most valuable part of Art is that it creates an emotional connection between past experiences or future hopes and the environment and its people. That connection is difficult to transform into virtual, but immersive technologies might change things.

Also, Nintendo and Samsung are making moves to put AR in the hands of the vast audience.

World-class Art in the virtual dimension

Virtual Art Gallery is an exclusively virtual Art gallery that doesn't exist anywhere physically. Still, when a person enters, she is instantly inside an elegant gallery space. The exhibition is enhanced with a soundscape, and the visitor can move between rooms through doors. There's light reflecting on the floor, coming through skylights. And, of course, fantastic Artwork is hung up on the walls. Except that nothing really hangs or comes through because they exist only virtually.

From a curator's viewpoint, putting together a virtual exhibition offers exceptional privileges: it is possible to gather together internationally exciting artists under one theme.

"For each of them, appropriate space is selected, and the exhibitions launch every week. People can experience them separately or as a whole. There are no restrictions on space, and the exhibitions can co-exist simultaneously. There is much more creative freedom," said Art curator Aura Seikkula.

Read more about why Art meeting XR is essential here. 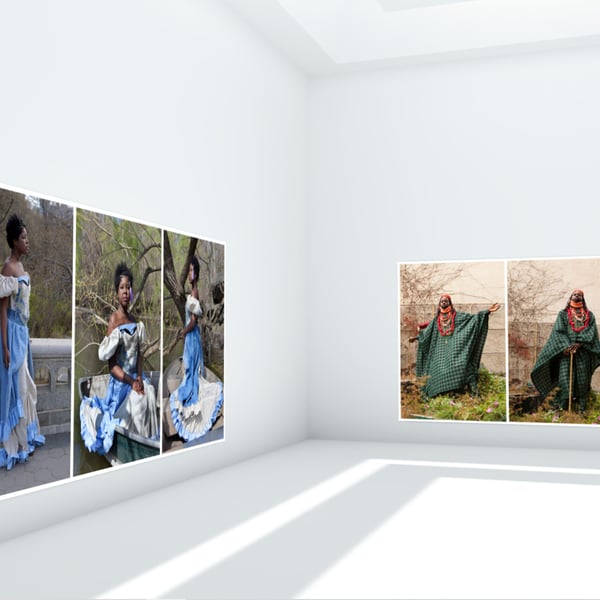 Nintendo carries on its journey in popularizing AR - now in a partnership with Niantic. Niantic is the company behind the trendy mobile AR game Pokémon GO.

"We're honored that Nintendo has chosen Niantic to be its publisher of real-world AR applications," Niantic said.

So, it seems that the two companies have bound some kind of long-term partnership. More details on the future apps will be revealed sometime later.

The first new game from the collaboration will be a mobile augmented reality game based on Nintendo's popular Pikmin franchise. It will launch later this year.

Pikmin is all about exploring an Earth-like planet with packs of Pikmin creatures. So, very much like Pokémon GO, the Pikmin AR game will also be based on the theme of making walking fun.

"Our mission is to provide people a new experience that's different from traditional games. We hope that the Pikmin and this app will become a partner in your life," said Nintendo's Shigeru Miyamoto.

We're overjoyed to make new memories with our partners at @Nintendo and YOU! 🌱 Imagine exploring the world through the wonder of AR and alongside all of your pals - including your new #Pikmin friends! Learn more about our partnership here: https://t.co/TiQ10S8kMR pic.twitter.com/YUpp4P33NA

Samsung just unveiled its new A-series smartphones. They have a feature that might surprise you: native Snapchat augmented reality lenses.

The feature, Fun Mode, allows the users to use Snapchat filters from the device's native camera app.

Snap continues to build its reputation as a primary AR gateway in the mobile space and on various platforms. Instead of creating its own native hardware, Snap is going the behind-the-scenes route by embedding its AR tool inside one of the world's leading smartphone makers.

Snap's ability to reach the billions of mobile users worldwide has just increased by a considerable margin, putting AR even further along the path to mainstream adoption.