Also, Snap plans to take a bite of the AR Cloud cake, and Adidas enters the AR glasses game.

Virtual meetings are a thing that has become more than familiar to us all in the past year. The current leader in the virtual meetings space, Zoom, has quickly reacted to people's need to make virtual conferencing more immersive.

The company's new intake is a new kind of immersion, Immersive View. It allows all participants in a Zoom meeting to put themselves in a virtual environment together on-screen.

The feature allows up to 25 people to attend the same virtual space simultaneously. It offers stock backgrounds and also has the option to use your own still or video background.

Unlike the "normal" Zoom meetings, the Immersive View doesn't offer the native ability to record. At least at this point.

The AR Cloud has been in the making by several operators for some time now. Snap wants a piece as well and has acquired a 3D mapping startup, Pixel8.Earth.

Similarly to, for example, Niantic, Pixel8.Earth's platform leverages crowdsourced data: photos captured by GoPro, Insta360, and mobile devices along with aerial drone footage to construct 3D maps of the world. The system assembles 3D models with photogrammetry from point clouds, with each pixel anchored by latitude, longitude, and altitude.

Snap has already used crowdsourcing to enable its Landmarker Targets feature. It uses photos and videos of buildings and monuments captured by the users to construct 3D targets for AR effects that interact with the landmarks. A 3D map would enable Snap to expand available Landmarker Targets and add persistent content. 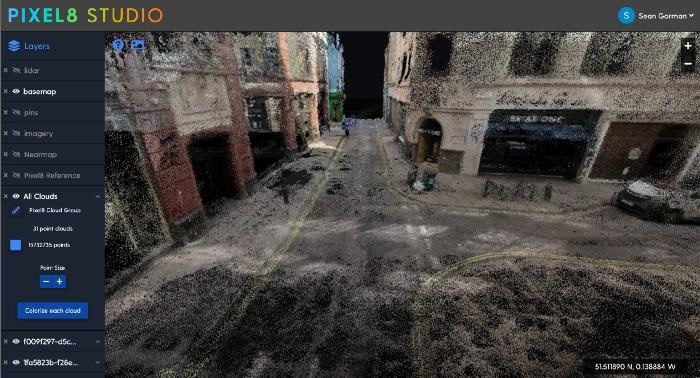 Tooz and Adidas are showing off what their collaboration looks like. The actual augmented reality footage appears to still be in the "concept design" phase.

However, the hardware is complete, and it uses the Adidas Runtastic app to track the user's workout process.

"The collaboration with Adidas Runtastic has clearly shown that app content can be transferred very easily to the Tooz Smart Glasses. Wearers can benefit directly from this technology in sports and outdoor activities," says Dr. Kai Ströder, the CEO of Tooz.

There's no word on when the Adidas smartglasses will be publicly available or what the price might be.