Angry Birds goes WebAR as a mini-game in a Burger King campaign!

Angry Birds was one of the first franchises to find success in mobile gaming and is now taking on a new life in augmented reality. Rovio Entertainment has released a couple of AR games already - Angry Birds FPS: First Person Slingshot for Magic Leap and Isle of Pigs on mobile - and is now going for WebAR.

In this promotional application with Burger King, the players defend a virtual nest of eggs from attacking hordes of Hatchlings by tapping their touchscreen and placing self-firing turrets in their physical space. A power-up can be activated by switching to the front-facing camera and opening your mouth.

The game is unlocked by scanning QR codes, which points to the Angry Birds Web-AR app, on the packaging of King Jr. meals and signage at participating restaurants.

"The accessibility of WebAR and wide availability in thousands of Burger King restaurants make this an incredible opportunity to connect with consumers in new ways," said Katri Chacona, Director of Brand Licensing at Rovio Entertainment.

The annual Eurovision Song Contest is right around the corner, taking place on 18th-22nd of May. Due to the pandemic, last year's event was canceled, and the event fans are hungry for some show.

This year the audience numbers are limited, and traveling is restricted in many places. To allow as many people to participate in the event as possible, Eurovision has built a virtual village as the official fan zone.

The village is a recreation of Rotterdam's Eurovision Village. In this 3D world, the guests can engage in live streams and behind-the-scenes content. People can wander through well-known areas of Rotterdam and feel the city's vibe by watching pre-recorded content.

The virtual 2021 Eurovision village will be available globally, free of charge, and live from 15 to 23 May on www.eurovisionvillage.com. 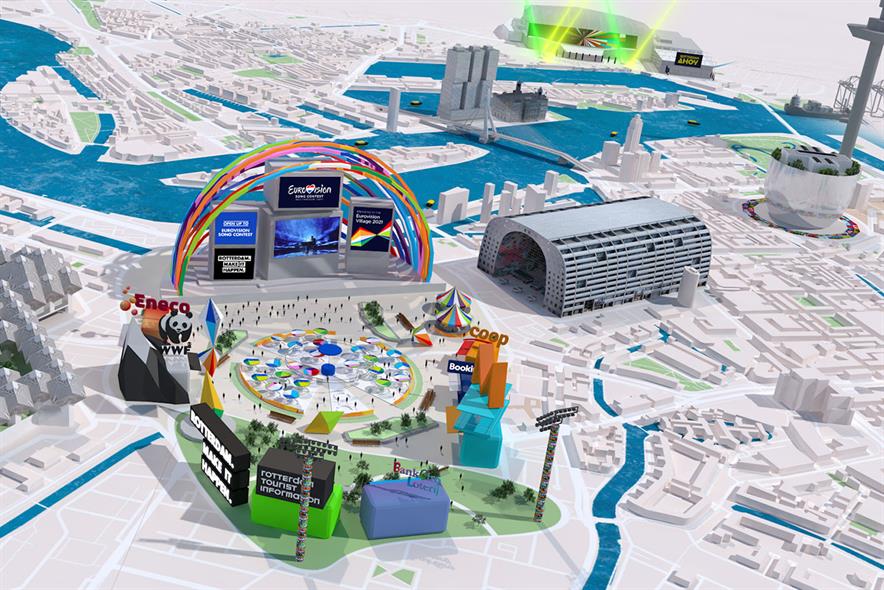 NBCUniversal is working on a new wing of AR marketing - TV commercials. The network revealed its plans to offer AR-powered shopping options while viewers watch their favorite programs, called HomeShopping.

NBCUniversal produced a video of what it will be like. The video shows viewers watching a TV show, seeing an outfit or product they like on-screen, and then using a QR code to shop for and buy the item. The application also includes interactions such as viewing a celebrity or character as an AR visual in your home and making product modifications, such as color, before hitting the buy button.

Since many people now watch TV with a mobile device in one hand, this AR evolution should be relatively seamless when it finally arrives in our homes. NBCUniversal hasn't yet announced when it will release the AR TV commercials, but revealing the plan and the video indicates that they are on their way!