We might soon get the very first augmented reality zoo!

Also, Facebook is building a reality OS and making improvements to Spark AR. Kia and Audi are releasing AR HUDs.

Bristol could have the world's first augmented reality zoo

The Bristol Zoo is set to move from its historic 12-acre gardens in Clifton to the Wild Place Project in South Gloucestershire, as the Clifton site is currently under threat of being lost to a private housing development.

#OurWorldBristol has set out an alternative plan for the future of the world's first provincial zoo - a zoo that contrasts with the traditional model of captive animals.

The 'augmented reality zoo' aims to provide a fully immersive experience by allowing visitors to travel in space, time, and scale to experience animals in their natural habitat.

In 2019, The Information reported that Facebook was working on a new operating system for AR glasses.

Earlier this week, Facebook's CEO Mark Zuckerberg and VP of AR/VR Andrew Bosworth held an ask-me-anything session on Instagram. There, one user-submitted question asked whether Facebook is building an OS and why. Zuckerberg responded, "We are building a reality operating system. That's sort of how we think about it."

Zuckerberg also stated that a pair of glasses needs to have a system so tightly optimized you can do all the computation that a modern computer can, but on someone's face and last all day long. According to Zuckerberg, the team is pretty far along.

AR effects familiar from, for example, Instagram Stories will be available for video calling on Messenger, Instagram, and Portal with the introduction of a Multipeer API. As an example, Spark AR shared a promo video of a birthday party held over a video call, in which an AR party hat appears on each of the participants' heads. Creators can also develop games for users to play during their video calls.

These video call effects and multi-peer AR games will be bolstered by Spark's platform-exclusive multi-class segmentation capability. This lets developers augment multiple segments of a user's body (like hair or skin) at once within a single effect. 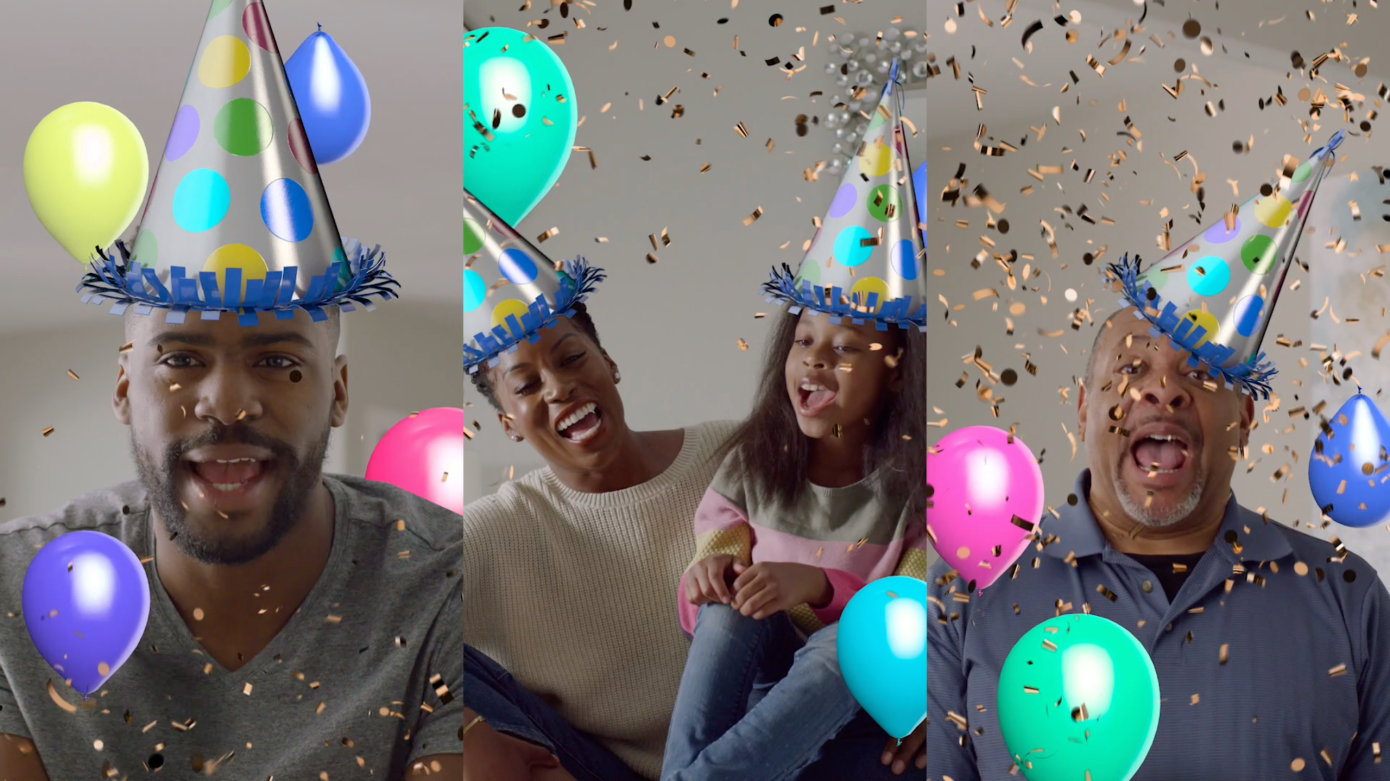 Kia and Audi will feature AR HUDs on their electric vehicles

Kia debuted the Kia EV6, an electric crossover equipped with an augmented reality windshield and ultra-fast charging. Coming to market in early 2022, the EV features, among getting up to 300 miles on a single charge and charging from 10% to 80% in 18 minutes, an AR HUD.

The windshield features three-dimensional navigation and vehicle information to help the driver avoid looking away from the road.

Another electronic vehicle releasing an AR HUD is AudiQ4 E-Tron. Audi has expanded the HUD to overlay more of the driver's field of vision with even deeper perceived depth with a combination of enlarged projection hardware and clever optics. The result appears as the virtual equivalent of a 70-inch display projected about 33 feet ahead of the windshield.

The Q4 HDU overlays AR graphics onto the driver's view through the windshield. Animated arrows appear above the intersection at the next turn indicated by the navigation, and the destination is marked with a virtual flag. Full-color driver assistance information is marked on the road, visible even in poor weather conditions. 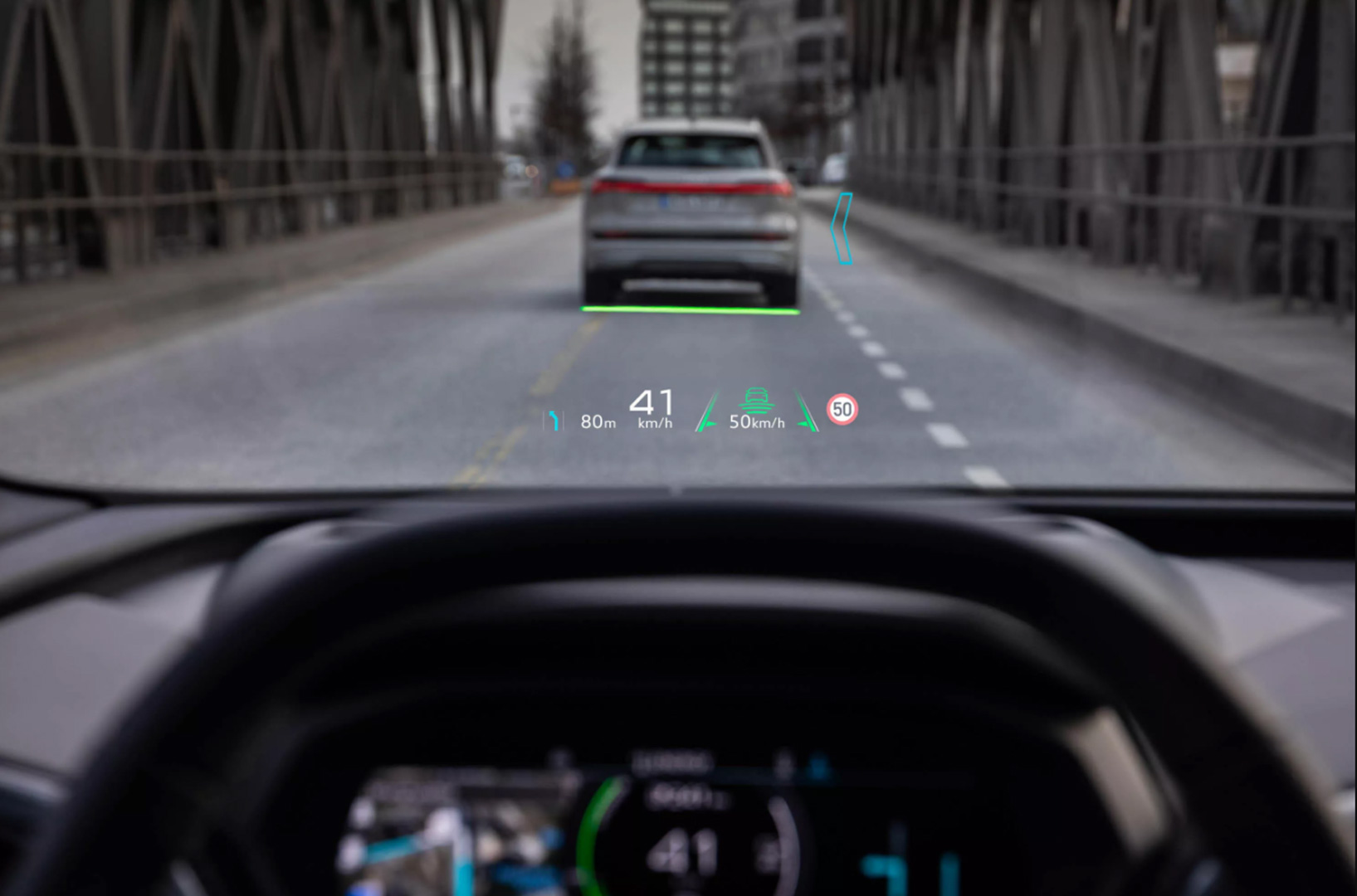