Apple hosted its Worldwide Developer Conference earlier this week and made some pretty great announcements regarding augmented reality tech and applications.

The company launched RealityKit 2 - an improved version of its suite of technologies for building AR. Apple says developers will now have more visual, audio and animation control when working on their AR experiences. But the most significant part of the update is Object Capture API. It enables developers to create 3D models in minutes using only an iPhone.

Running on macOS Monterey, it only takes a few lines of code to generate the 3D model from 2D images taken of a physical object, Apple explained. According to Apple, companies like Wayfair and Etsy are using Object Capture to create 3D models of real-world objects. It is an indication that online shopping is about to get a big AR upgrade.

Other updates in RealityKit 2 include custom shaders and the ability to build your own Entity Component System to organize your assets, among others.

You can hold up your iPhone to scan the buildings in the area, and Maps will generate an accurate position and offer directions in augmented reality. This is similar to the Live View AR directions Google announced last year. Apple said the AR feature is launching in select cities in 2021, with more to come in the year ahead. 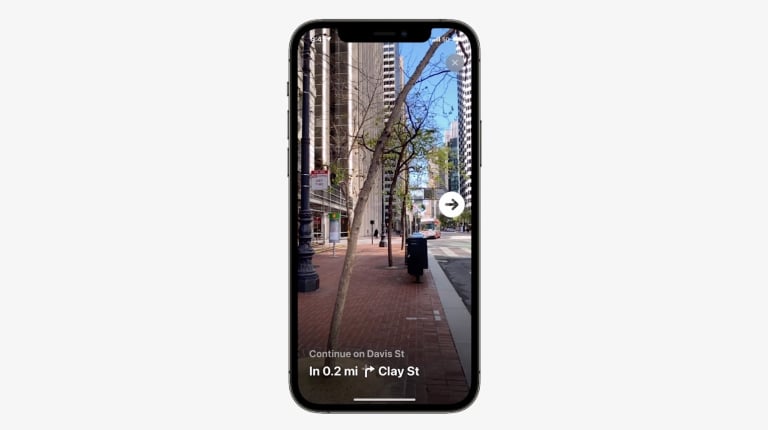 The VR/AR Association held their annual Global Summit for North America from June 2nd to 4th.

As unwelcome as the pandemic has been, it has offered huge benefits to the XR industry. "Virtual became the new normal. That bodes well for the technology space in general," said 8th Wall Vice President of Product, Tom Emrich.

Speakers at different panels and presentations didn't have a universal stance on the future. However, they did agree on one thing. Industry expert Deborah Worrell summed it well in an Everything VR/AR podcast: "We're not going back to the way it was. There is no new normal."

However, XR hasn't truly made its big break yet.

"The lens of meme theory tells us a very damning story of why AR failed to take up. When AR is hard to share, its appeal is limited," Auki Labs CEO Nils Pihl said in a talk on the impact of persistent AR.

Also, many conversations have been about how we launch remarkable new technologies rather than on the value the experiences deliver.

"The term "metaverse" and what it implies are still unknown to the public. One of the key reasons is that the term and what it means are difficult to understand," Outpost Capital Founding Partner, Ryan Wang, said in his talk.

The more robust conversations on the Metaverse also tended to involve the convergence of XR with other emerging technologies.

"It's kind of the Wild West right now, but what we'll see is the development of a new parallel economy. It's really a peer-to-peer economy and we're seeing it already with digital goods and NFTs," industry expert Amy Peck said during the Burning Questions panel.