AR car art, entertainment, glasses, and a whole virtual world - that's what the past few weeks have served us in the augmented reality field.

BMW's Art Car series came to life in the 1970s by French racecar driver Hervé Poulain. Artist Alexander Calder painted a BMW 3.0 CSL, used in the 1975 24 Hours of Le Mans race. Since then, artists such as Andy Warhol, Roy Lichtenstein, and Robert Rauschenberg have added their artistic flourish to BMW's vehicles.

Up until now, you could only access these works by either attending an in-person exhibit or by viewing them online. Augmented reality changes that, and anyone can view these historic Art Cars wherever they may be.

"The BMW Art Cars are an essential part of the DNA of BMW's 50-year-long cultural engagement. Finally, they are entering the digital realm and can be accessible everywhere and for everyone," said Pieter Nota, BMW AG's Board of Management member in a statement.

The AR Art Car Collection is viewable via the Acute Art app, available for iOS and Android devices.

Rony Abovitz, Magic Leap founder, is starting a new journey that genuinely speaks to his interests: entertainment. The new company called Sun and Thunder is teased with mystery. Very little detail is included.

The first thing coming up on the company's website is "We make storyworlds." The website also states that "Sun and Thunder was created in the fall of 2020. The idea was inspired by early animation studios, mythopoeia concepts pioneered by the Inklings, and the freewheeling and creative spirit of indie record labels. Plus some serious sci-fi tech."

The company also introduces Jako Vega - a mascot of some sort. Also known as Yellow Dove, he will be featured in a series of Sun and Thunder Supernova short film experiments this year. He is a Sun and Thunder team member, co-creator, and traveller through the interconnected things in Sun and Thunder storyworlds. He is a musician and the first artist on Sun and Thunder Records.

This all sounds very interesting, and we'll wait and see what will come out of this! 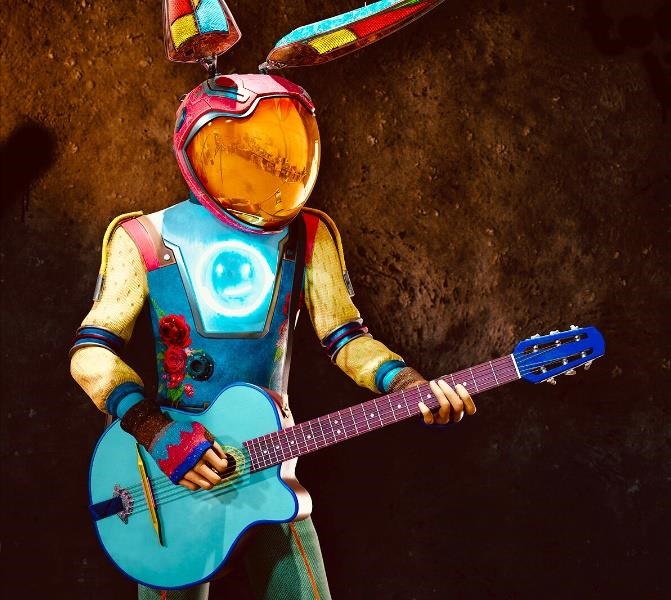 Rokid launched a Kickstarter campaign for its Rokid Air glasses and hit the goal of $20,000 in under an hour. Rokid Air is going to be the company's first proper attempt to break into the consumer market.

The glasses feature built-in voice control, mic and speaker, adjustable focus, and a 4K display with a 120" virtual screen. It tethers into a smartphone and runs on a cable rather than a battery. It has adjustable focus, allowing nearsighted users (myopia of -5.00 D or less) to use the headset without their glasses or contact lenses.

Rokid Air is all about replicating what's on your phone - no tracking capabilities, such as your position in a physical space or detecting your hands.

"Nothing beats taking games and movies from the small screens of mobile devices to an ultra-high-definition massive virtual screen. Our latest 4K AR glasses give users a lightweight, portable, and private personal cinema experience that is unparalleled. The images are simply stunning. However, with Rokid Air, we went one step further, empowering the glasses with AI-driven voice recognition that lets users take control while staying hands-free. Now, the 4K big screen experience is more convenient than ever," said Zhu Mingming, CEO of Rokid, in a statement.

The Rokid Air might not be the AR smart glasses we are all waiting for, but a nice step towards them. 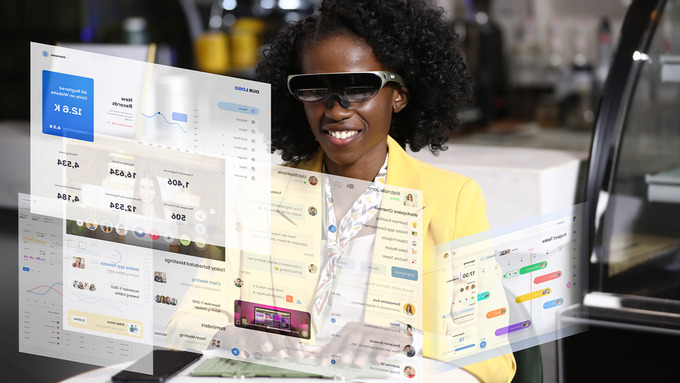 Mark in the metaverse

Facebook founder and CEO Mark Zuckerberg told his employees about the new ambitions of the company. Facebook would go beyond its current project of building a set of connected social apps and some hardware to support them. Instead, the company aims to create a maximalist, interconnected set of experiences - a world known as the metaverse.

The company's divisions focused on products for communities, creators, commerce, and virtual reality would increasingly work to realize this vision.

"What I think is most interesting is how these themes will come together into a bigger idea. Our overarching goal across all of these initiatives is to help bring the metaverse to life," Zuckerberg said.

The Verge interviewed Zuckerberg of his thoughts of the metaverse; it is an exciting read. Check it out here.