Is ABBA making an XR-enhanced come-back? Rumours say yes, and it is fantastic!

Also, Universal Pictures launches an AR experience triggered by sound, and TikTok is building its own AR development platform.

ABBA will return with new music and a plausible virtual concert

A few years back, in 2017, the iconic pop group ABBA announced a come-back in the form of a digital concert. Then the pandemic hit, and they pushed the plans back. Now, the group is set to release new music on September 3rd.

According to a source close to the band, the Swedish quartet is also preparing their Abba Voyage show, featuring holograms of their younger selves - Abbatars. "Björn, Benny, Agnetha and Anni-Frid will all be there on the opening night. And they will finally unveil their Abbatars, which are like holograms of themselves," the source told The Sun.

"The show will feature the Abbatars performing and speaking to the audience. It will be like taking a step back in time for those watching. Fans should hold on to their hats because this is going to be one wild ride."

Holographic Abbatars and new music - I'm all for it! 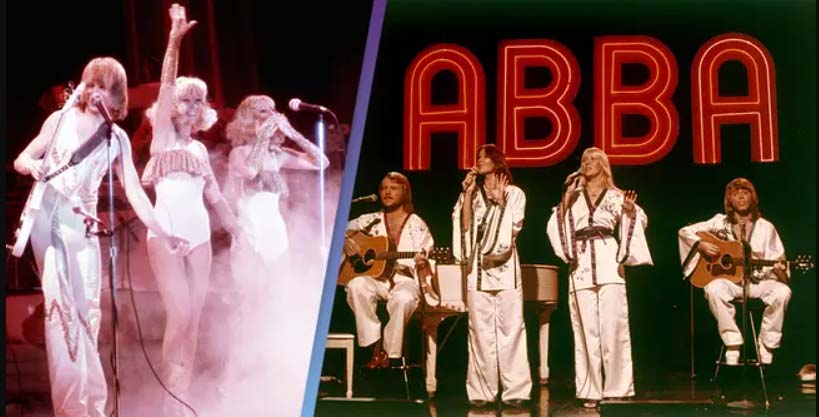 The film is about a ghost or demon named Candyman. When a person says Candyman's name five times while looking into a mirror, he suddenly appears behind them and attacks - and that's what the WebAR experience is all about!

The experience compels the user to open their device's camera and begin saying the ghost's name. There are a couple of options to go through the experience, after which the user can view the film's new trailer and access to online ticket purchase.

Try it if you dare!

TikTok is joining Facebook and Snapchat in offering its own AR platform for creators, the TikTok Effect Studio. The platform is currently in private beta testing, which will allow its own developer community to build AR effects for the TikTok app.

TikTok has confirmed the website launched earlier in August. However, the project itself is still in the early stages of testing in only a few select markets.

TikTok couldn't offer a time to when these tools would become more broadly available, or at all. The company described Effect Studio as an early experiment, adding that some of its experiments don't always make it to launch.

The Effect Studio isn't meant to be used with third-party apps. It is about building AR experiences provided to TikTok users directly in the consumer-facing video app.

"We're always thinking about new ways to bring value to our community and enrich the TikTok experience. Currently, we're experimenting with ways to give creators additional tools to bring their creative ideas to life for the TikTok community," a TikTok spokesperson told TechCrunch.

TikTok is launching an Effects Studio in beta