Also, Snapchat and Google make way with augmented reality and spatial computing for more accessible tech use for people with disabilities. Apple's AR headset is rumoured to release in the second half of 2022.

Lil Nas X is one of the most recognised artists of today; he has broken many boundaries and prejudices in the past. Today, he breaks the boundaries of reality.

What happens when the most talked about artist of today, a world-leading record label, and a creative XR studio put their heads together? Something amazing - an immersive experience for one of the most anticipated album releases of 2021.

The augmented reality mobile experience, Montero Xperience, started to form quickly. It had to, as the album launch would be in only a couple of weeks. Together with Columbia Records, we highlighted the importance of evoking emotions and connection between the artist and his fans. The goal was to strengthen the already strong bond. In the spirit of International Week of Deaf, Snapchat has introduced new American Sign Language themed lenses and stickers. The new lenses teach users to sign their names and common words like love, hug, and smile.

"No matter where you live, what your background is, what you look like, or how you communicate, we want all members of our community to feel as though our products are made for them. That includes native signers," Snapchat said in its blog post.

Google's latest features bring quick actions and navigation to people whose expressions are their primary means of interacting with the world. Project Activate and Camera Switches let users speak a custom phrase or navigate using a switch interface through facial gestures alone.

The new features rely on the device's front-facing camera. It can recognise six expressions in real-time: a smile, raised eyebrows, opened mouth and looking left, right or up. Each expression can be assigned a different role, such as speaking a certain phrase out loud or read a message.

Project Activate will start with English-speaking countries and move out from there. Camera Switches will be available in 80 languages from the start.

In addition to these, Google's Lookout app, which reads labels for people with visual impairments, adds the ability to scan and read out handwritten content the way it can with printed things.

A new supply chain report suggests the first Apple headset will go on sale in the second half of 2022. The separate consumer-friendly product widely dubbed Apple Glasses launch "after 2023."

Apple plans on 2 AR headset products. One is a high-end model positioned as a developer and enterprise product, and the other is aimed at the general public. 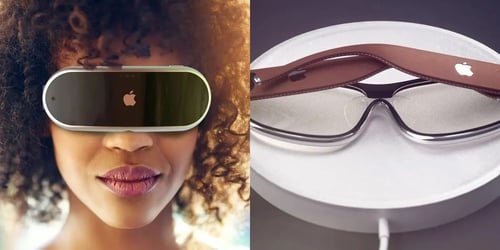