What went down at AWE USA 2021? Much talk about the metaverse, of course. And lots more.

The AWE USA 2021 event was opened by AWE's CEO and Co-founder, Ori Inbar.

In his opening keynote, Inbar stated: "The XR industry not only survived the pandemic, it thrived! We want every business in the world to know that if you want to grow your business the answer is here: thrive to the power of XR!"

That is s statement to live by.

Following Inbar's speech, John Hanke from Niantic talked about using XR technology not to escape from reality into VR but to build a better reality – a better world. "This is an opportunity to shape these technologies; decide how much humanity, how much human values gets incorporated," Hanke said.

Hanke's keynote was the introduction to the Lightship ARDK, which went live the day before, giving developers access to many of the tools that Niantic has used to build its successful apps.

Following the theme of building a better world, the "Shaping the Metaverse" panel examined the role of gaming, the importance of NFTs, identity, expression, and more.

Gaming has pioneered many essential concepts, such as avatars and item inventories, to online interaction. "As people begin to spend more time online, their virtual identity can become more important than their physical identity," said Christina Wootton of Roblox.

Talking about virtual identity and expression led to NFTs and ownership.

"In this world, I represent myself with certain goods like the clothes I wear or the car I drive. NFTs allow you to do that virtually because you can truly own them," said Upland CEO Dirk Lueth.

According to AWE, Day 1 was packed with fantastic talks and AWEs most diverse agenda ever.

The Day 2 of the event kicked off with the question on everybody's lips: What is the Metaverse?

In a fireside chat with Snap CTO Bobby Murphy and lens creator Brielle Garcia hosted by Lauren Goode of WIRED, the metaverse was described as the essence that emerges spatial, social, and internet experiences.

Following was Unity Technologies head of AR/VR Ad Innovation Tony Parisi's sentiment: "We come here to AWE to see all these cool things… but remember: it's not about the thing, it's the thing that gets you to the thing."

A series of afternoon sessions explored identity through ethics and safety.

"There will always be unintended consequences, but I think we've had a bit of a preview of the sorts of things that we've got to keep an eye on. Because we're talking about this now at the very beginning, I think we're at a good place to address these concerns," said XRA Vice President Joan O'Hara.

Day 2 also featured the opening of the expo floor - lots of new equipment, demos of the latest technologies and launches and announcements. And, of course, the Auggie Awards.

While people might understand that their devices collect certain data, they don't often know what is being done with it or where it ends. Some people don't care, and others just assume that laws protect them or their data, which isn't necessarily the case.

"We have to take this shot to protect the metaverse, and we're probably three years ahead. Which is good," said XR Safety Initiative founder Kavya Pearlman.

Kent Bye – one of the first philosophers of XR - described that ethics has to be incorporated and reincorporated throughout the course of a design process, rather than being a box that is checked once early on and forgotten about.

Bye agreed with Pearlman's sentiment that we're early – but that isn't an excuse to be inactive. "We're just at the beginning of this journey and there's still a lot of work that needs to be done," said Bye.

The lighter topic's of Day 3 covered social XR and gaming. You can read more about them on ARPost.

Ori Inbar closed the event with similar words heard in the beginning: "We all saw first hand this week that the state of the XR industry is strong. If you're looking to grow, the answer is right here: thrive to the power of XR." 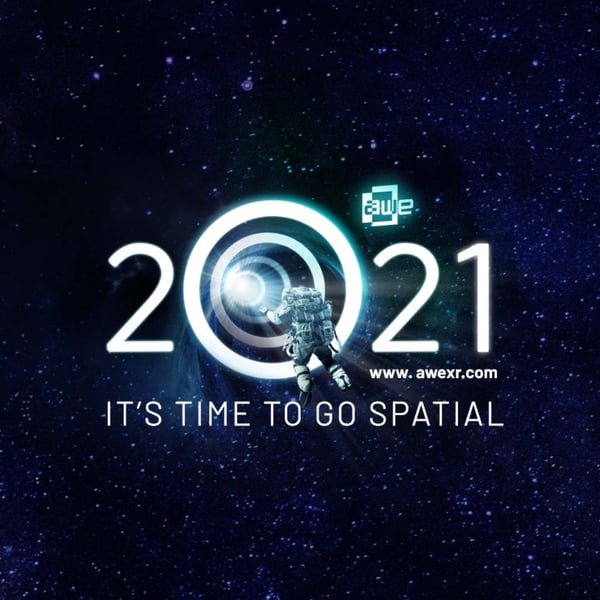