Fiskars Village and museum area in Raseborg, Finland, have started their summer season once again. In addition to being a tourist sighting, Fiskars Village is home to over 500 people, so they wanted to tell the Village visitors more about the buildings, the people, and the history of the area.

They decided to take their storytelling to another level, and AR was their weapon of choice. Together, we created the Fiskars Village Heritage Walk.

The objective of creating AR content into the guide signs was to give more information about the Village buildings and its history and people to the visitors.

Karin von Julin lived in the Manor in Fiskars Village. She worked as her father's, Albert von Julin's, secretary, among many other things. She was also known for her ongoing work on behalf of the Village. For example, she started a fund-raising, which resulted in the Assembly Hall building in 1896. 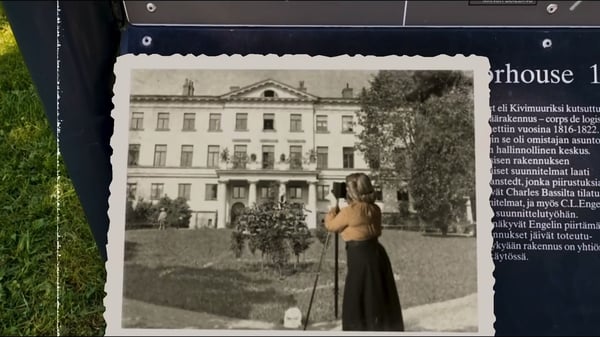 Explore the story of Fiskars with village-active Karin

From her times into today, Karin travels through time by scanning the guide signs in the Village with the Arilyn app. In the augmented tour, Karin leads you through the Village's and her story inside old images she has taken herself, many of them preserved in Fiskars Museum.

You can explore the Village's augmented tour in three locations at Fiskars: the Assembly Hall, the Manor Building, and Peltorivi street. The signs will lead you through the 19th century Fiskars - with the delightful company of Karin! 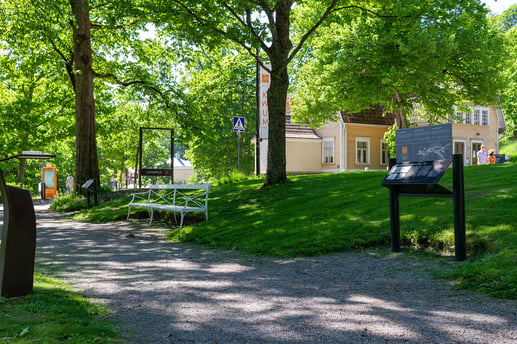 The augmented tour lets you explore the Village at your own pace and gives you a fantastic insight into what life was like more than 100 years ago. How about a summer trip to Raseborg?