Greenpeace uses AR to save the Great Northern Forests

Greenpeace launched a campaign to save the Great Northern Forests and their importance to us and our climate change fate. The trees and soils of the Northern Forests are the single largest carbon store on Earth’s land surface, and not as renewable as the forest industry lets consumers believe.

Greenpeace decided to use augmented reality to globally raise awareness for the Great Northern Forests and their trees.

Greenpeace used AR to invite people all over the world to walk into the Great Northern Forests. With Arilyn, a portal could be found that took you deep into the forest under a sky lit by the glow of the Northern Lights. When entering the forest, the user was able to find information on how the forests and their trees are crucial in saving the climate and in a bid for them to join a global movement to support its protection.

The idea came about when the Greenpeace team were fresh from a documentation trip to the Great Northern forest where they had been left in awe, not only by its natural beauty but by the rate of destruction to which the land was being subjected. 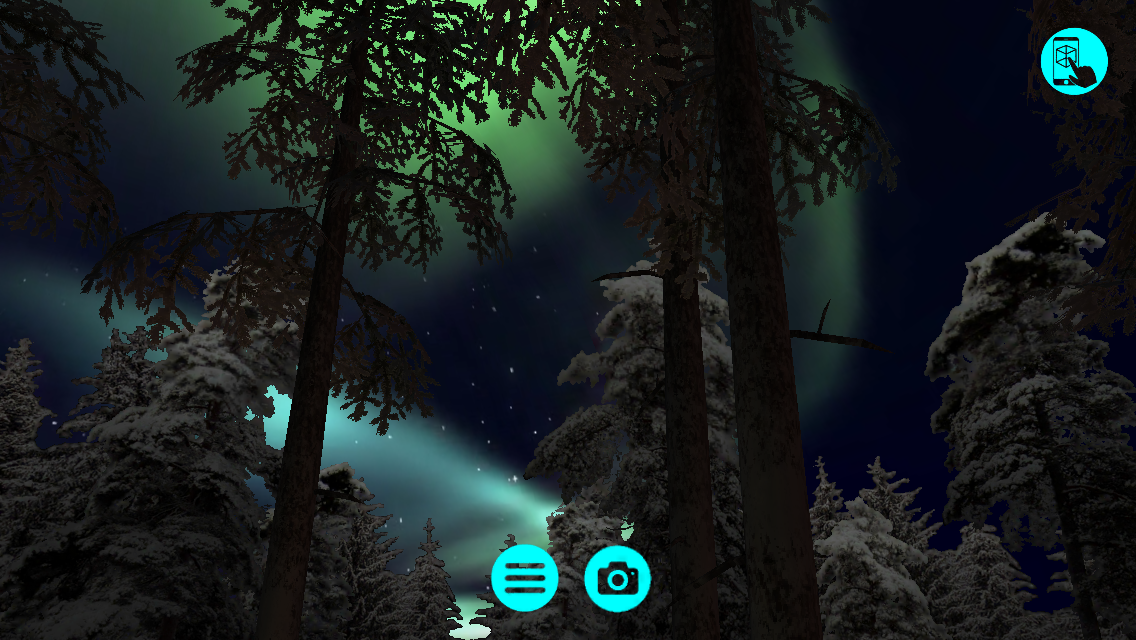 That's when Greenpeace first contacted Arilyn. They were wanting to launch a campaign raising awareness for the saving of the Great Northern Forests and needed to find new ways for it to make an impact. We were made part of the campaign from the start, brainstorming ideas and finding this to be the perfect opportunity to utilise one of Arilyn's newest innovations - the AR gate.

”From the beginning of humankind the stories have been told and information shared around a campfire. Deploying Augmented Reality for the same purpose is an exciting opportunity.
Our team has spent weeks in this virtual forest and it has started to feel like home.
I really hope that walking through the gate can be an eye-opening experience for everybody. ”

The campaign was launched globally along with a petition pledging for the future safety of the forests. It was also widely reported in the media. Greenpeace hoped the viewers to better understand exactly what’s at stake and therefore feel more inclined to protect it.

Campaign and petition are at present moment still ongoing.

Step into the Northern Forest by scanning the image below with Arilyn.