Find me on:
LinkedIn Twitter
Maybe Happy Ending is a musical about 21st century Seoul, where human-like robots, the helper-bots, are an everyday thing. Two obsolete helper-bots discover that they have a surprising connection that challenges what they believe is possible for themselves, relationships, and love.
And thanks to augmented reality, you now have a chance to meet them!

Originally from South Korea, the musical made its English debut in the Alliance Theatre in Atlanta, the US, in early 2020. The musical is to enter Broadway in 2021. The production company Jeffrey Richards & Associates asked Arilyn to create an augmented reality experience for the marketing of the musical. They especially wished the experience to be made using WebAR technology to allow for easy online sharing.

The objective was to give the audience a chance to know the helper-bots â€ "To learn about their unique features, owners and interests.

We began our creative journey by thinking about different ways on how a robot would be advertised in the future. We concluded that a digital augmented reality brochure with a unique user interface would be one of the most obvious possibilities. The AR user interface (UI) gives users the chance to see a virtual version of a helper-bot named Claire. By navigating through the content, the user reveals more information about her. The UI also has links to the musical website to purchase tickets and share the AR experience with a friend.

The imaginary Helper-bot corporation had a logo, so we had lots of creative freedom to design the UI for the company. Usually, we work with strict brand guidelines, so we were thrilled with the opportunity to get creative! We examined multiple options and designed various sketches. The inspiration for the final UI came from an unexpected source â€ "the ingenious staging of the musical itself. All in all, this was an enticing challenge. The resulting AR experience gives the user added value while also fitting gorgeously to the overall feel of the musical.

Jeffrey Richards & Associates launched the AR experience in BroadwayCon in January 2020, where it raised much interest among the visitors. Or, as Jim Glaub, the Founder of Super Awesome Friends, representing Maybe Happy Ending, puts it: "It was thrilling to see this new way of interacting with fans. We found this was an exciting and natural way to share details about the show in a futuristic matter. It felt dramaturgically correct and was pretty cool, too!"

To see The Maybe Happy Ending musical, we need to wait for it to enter Broadway. Still, nothing is stopping you from entering into the fascinating future and testing the AR experience yourself! Just scan the QR code below with your mobile phone camera and follow the instructions!

Get to know the Helperbot

If you're browsing on mobile, click this link. Otherwise, scan the QR code below! 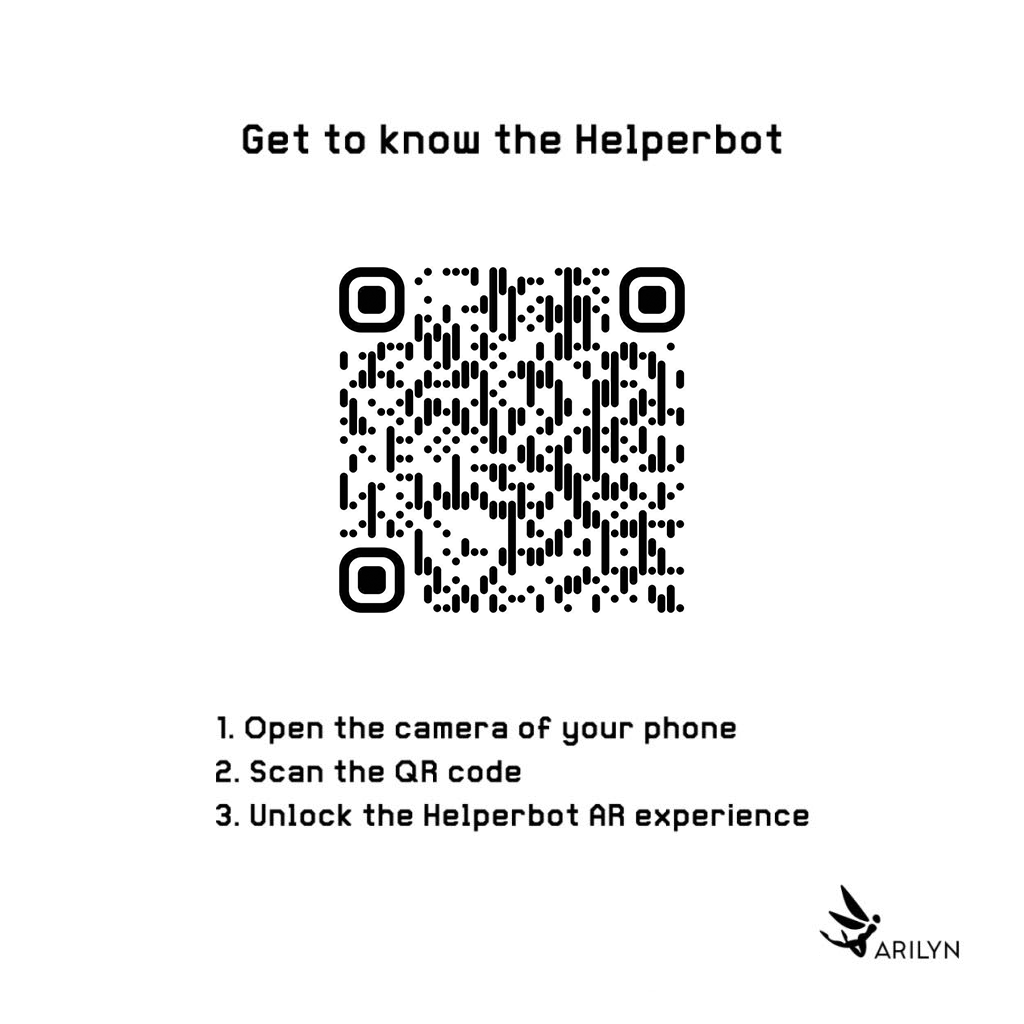