This week's news in augmented reality is genuinely groundbreaking! History is made in Johns Hopkins hospital with their first-ever AR surgery, Apple files patent for projecting images onto your eyeballs, a study shows 26% U.S. adults use AR, and a weather channel adds a new dimension to broadcasts with AR.

Neurosurgeons at Johns Hopkins Hospital performed an augmented reality surgery on a living patient. During the procedure, they placed six screws in patien's spine to help relieve their chronic pain.

The technology used consisted of a headset with a see-through eye display that projects images of the patient's internal anatomy, like bones and blood vessels.

Apple believes that current VR and AR hardware could be responsible for all types of unnecessary eyestrain as a result of "accommodation-convergence mismatch."

Apple's approach would remove displays altogether, eliminating any chance of accommodation-convergence mismatch, using a direct retinal projector system to focus each pixel accurately as they're projected onto the user's eyes. 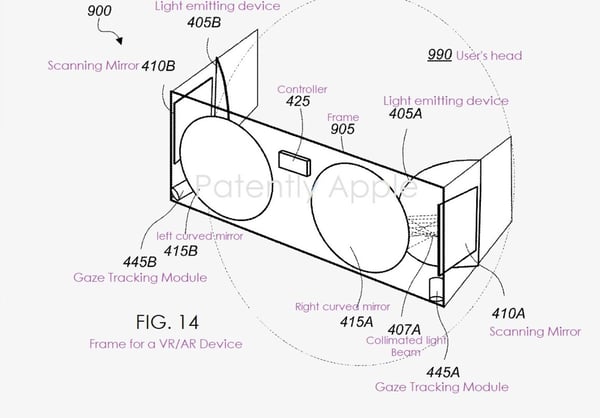 How do consumers feel about mobile AR? Who's using it? How often? And what do they want to see next? What are non-users' reasons for disinterest?

These are the questions to what ARtillery Intelligence wanted an answer. They published a report to their AR Usage & Consumer Attitudes survey this week. The questionnaire was presented to over 1000 U.S. adults in collaboration with Thrive Analytics.

The results show that 26% of U.S. adults have used AR, and almost half of them use AR weekly. The top AR industry among the users is gaming, which ARtillery attributes to Pokémon Go's popularity. Other categories, such as social AR and visual search, are growing.

On the other hand, the disparity between current-user satisfaction and non-user disinterest continues to underline a fundamental challenge: you have to experience it to get it truly, and there's not much drive for non-users to get that first taste without first seeing the benefits. 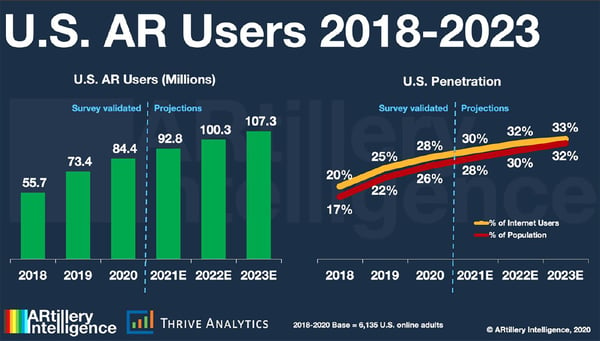 VR and AR add a new dimension to The Weather Channel

By adding the solution to their technology pipeline, the television network will make use of advanced immersive virtual studio and augmented reality production tools to visualize the weather.

According to Michael Potts, vice president of design at The Weather Channel, adding AR to their technology lineup will make their offerings "even more dynamic and engaging."

That's all, folks! See you next week!