Feels like the whole year has been a continuous bad-luck-day. Actually, only today, it's Friday the 13th in 2020. But, here we have some positive AR news to share!

This week brings us an AR DJ set from David Guetta, holographic sports broadcasts, an XR app for on-set direction, an AR smoke sculpture, Nreal's AR glasses set to launch in Japan, and Cadillac joining the AR display club. That's quite a lot, so let's dive in!

David Guetta fans get an opportunity to see their favorite DJ perform in the sky. Through Snapchat, Guetta will appear and perform his set from this year's Top 100 DJs Awards.

To watch the set, open the app, point your device to the sky and select DJ Mag in Lens Explorer. With the DJ Mag lens on, a giant virtual David Guetta will appear in the sky and start banging out his top tunes.

The AR DJ set gives the fans of Guetta a feeling of an outdoor concert but in the peace and safety of their own home - or yard. 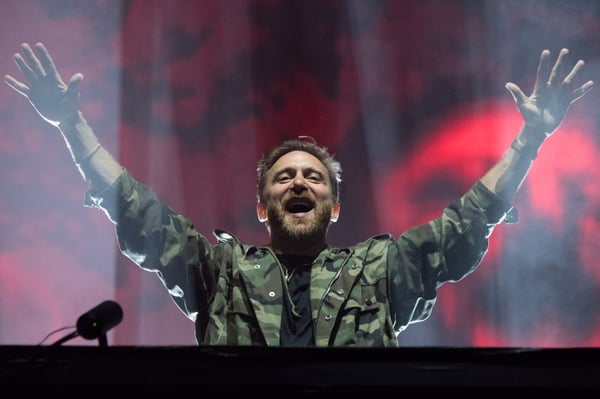 BT Sport director of mobile strategy, Matt Stagg, hinted that consumers could be viewing augmented reality holographic broadcasts within the next few years. This hint came upon at the Broadcast Sport Tech Innovation Forum, where Stagg was speaking.

"I'm very, very confident in the next couple of years you'll be watching sport, dance, or teaching holographically, in full volumetric," Stagg stated.

The holographic AR broadcasts could include live-action and replay from any angle, sync with live-TV's broadcast feed, and interactive Gfx and statistics panel.

Besides sports broadcasts, this is a significant step towards, for example, remote education. Think of them demonstrations!

To see the CG content live on set, they need to be downloaded to the app pre-shooting. So, the app works sort of like an AR lens. The app offers heightened creative flexibility and nuance during the on-set direction process. Mill Scout has already been used by brands such as Lexus, Honda, and PlayStation.

The app runs completely standalone on iPhone, iPad, and Android, with no other hardware dependencies. Mill Scout is available to creative teams working in collaboration with The Mill.

"It has been thrilling to work with LAS and International Magic on a new way to bring the experience of my Smoke Sculptures TM to audiences around the world who might not be familiar with my long-standing efforts to soften and feminize the often-harsh, patriarchal world around us. At this moment in time, it seems even more important to offer the opportunity to bathe our environments with light, art, and beauty to inspire hope and, through a visual metaphor, suggest the possibility of positive change." - Judy Chicago, artist

Judy Chicago Rainbow AR can be downloaded for free from the App Store and Google Play.

Following a successful introduction in Korea with LG this summer, Nreal announced a December 1st launch of its Nreal Light glasses in Japan. Compatible with 5G smartphones, pre-orders for Nreal Light can now be made on their Japanese telco partner KDDI's online store.

"Nreal Light's launch in Korea's LGUPlus retail stores was Nreal's first real step into the spotlight. You could say after years of sheer hard work, we were ready to prove that the Nreal Light is no longer just a concept but a reality. Throughout the next two quarters, you'll be seeing more of us in more places," said the company representative. 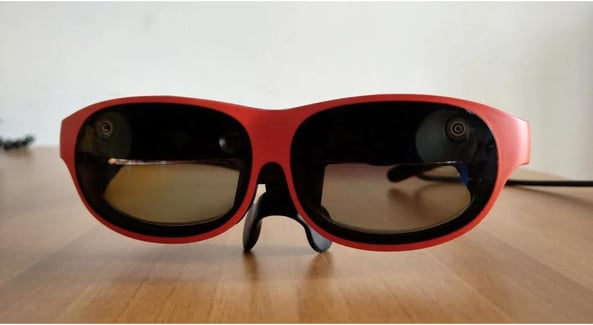 The AR directions come with audio navigation prompts and a 38-inch curved OLED display situated directly in front of the steering wheel. The driver can better focus on what's ahead, rather than checking the middle portion of the dashboard.

Although not as functional as an actual AR windshield that Mercedes has, this is a step for AR coming an essential part of our daily lives.

That's all for this week. See you next time!