Many mays this week: Volvo plans on joining the AR HUD game, and Samsung and Microsoft might join forces to bring an AR headset to consumers.

Automakers are continually upgrading their technology game to augment the user experience. Volvo now joins BMW, Mercedes and others to enable drivers to enjoy a cutting-edge experience while navigating roads with the new HUD.

Volvo has invested in an Israeli tech start-up, Spectralics, introducing innovations to HUDs with further advancements. Spectralics' multi-layered thin combiner' HUD film would ensure drivers see display metrics at all times while turning the windshield into an augmented reality display.

The new HUD will reportedly display information or graphics on any portion of the windshield and use cameras to pinpoint and outline street signs, obstacles, and roads. 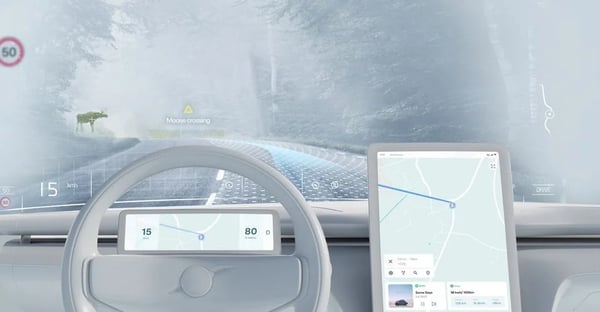 A recent report suggests that the tech giants Microsoft and Samsung may be working together on a future project involving augmented reality.

Microsoft has been a big player in the AR hardware game. The Hololens came to be already in 2015, followed by an improved Hololens 2 in 2019. However, at the consumer level, not much has happened.

"The technology is not ready—in terms of comfort, in terms of immersion, in terms of value—for consumers. For consumers, you need glasses—socially acceptable glasses. I'm not going to be standing up on stage talking about consumers until we believe we have a headset that's comfortable enough and immersive enough and socially acceptable enough," Microsoft's lead developer of HoloLens, Alex Kipman, said to The Wall Street Journal earlier this year.

Microsoft has now joined forces with Samsung on future augmented reality hardware, according to The Elec.

Several divisions of Samsung are involved in the project; Samsung Display, Samsung Electro-Mechanics and Samsung SDI are all tied in. The project started in the middle of 2021 and aims to produce a commercially viable product by 2024.