Are you new to augmented reality? Have you heard the term, but not really know what it means? Maybe you're interested in the possibilities of AR, but not quite sure where to begin? Then this article is for you!

Augmented reality (AR) refers to a combination of real and virtual worlds. The real-world captured on your mobile phone camera will be augmented seamlessly with an extra layer of digital information, usually 3D.

Augmented content can be many things. You may have used face filters on Snapchat or Instagram, or you may have played Pokémon Go. Then you have already used AR! But AR can be much more.

So what do you need to know about AR before starting your own augmented journey?

Augmented reality was first introduced to the world in the early 1990s with the Virtual Fixtures system in the U.S. Air Force. The next industry to embrace AR was entertainment, with writer/producer Julie Martin's theatre production Dancing in Cyberspace.

Slowly but surely, AR crawled into sports broadcasts, NASA's operations, and finally into the applications we know today: gaming, education, communications, medicine, and entertainment. Today AR is pushing its way into other industries and applications as well.

3D content in AR is quite simple. It is a 3D object placed in the physical world, that you can observe through your AR device (we'll get to those later on). As an example works the Panda augmented Easter egg. Inside the Easter egg came an AR trigger (triggers coming along the way, don't you worry!), that revealed a 3D panda!

360 experience means that you explore AR content all around you. A great example is virtual exhibitions, created for digital museum service Digimuseo. In these augmented exhibits, you can explore the artwork in a digital gallery in your living room, opening on your AR device.

Video content in AR is as simple as it sounds: a video placed on a specific place in your surroundings. Video content can be opened on your device from a trigger set, for example, on a milk carton or a newspaper! Sounds like something out of a Harry Potter movie, eh?

AudioAR works the same way as the examples above, but with sound instead of visuals. For example, looking up at a building and tapping a touchpad on your AR device offers a sentence or two about what's inside. Similar to having someone beside you pointing at landmarks and navigation. The sound can also be spatial, which means you can map the source of the sound and echo to your surroundings.

Olfactory AR is all about taste and smell. In real life, odours are transmitted when airborne molecules waft into the nose, prompting specialized nerve cells in the upper airway to fire off impulses to the brain. Now there is a way to create digital smells. In an experiment conducted a few years back, researchers used electrodes in the nostrils to deliver weak electrical currents above and behind the nostrils. The researchers were able to evoke 10 different virtual odours, including fruity, woody, and minty.

The scientists are under no illusion that people will want to stick wires up their nostrils each time they have a video chat, but maybe sometime in the future, a not-so-wild looking application will arise. 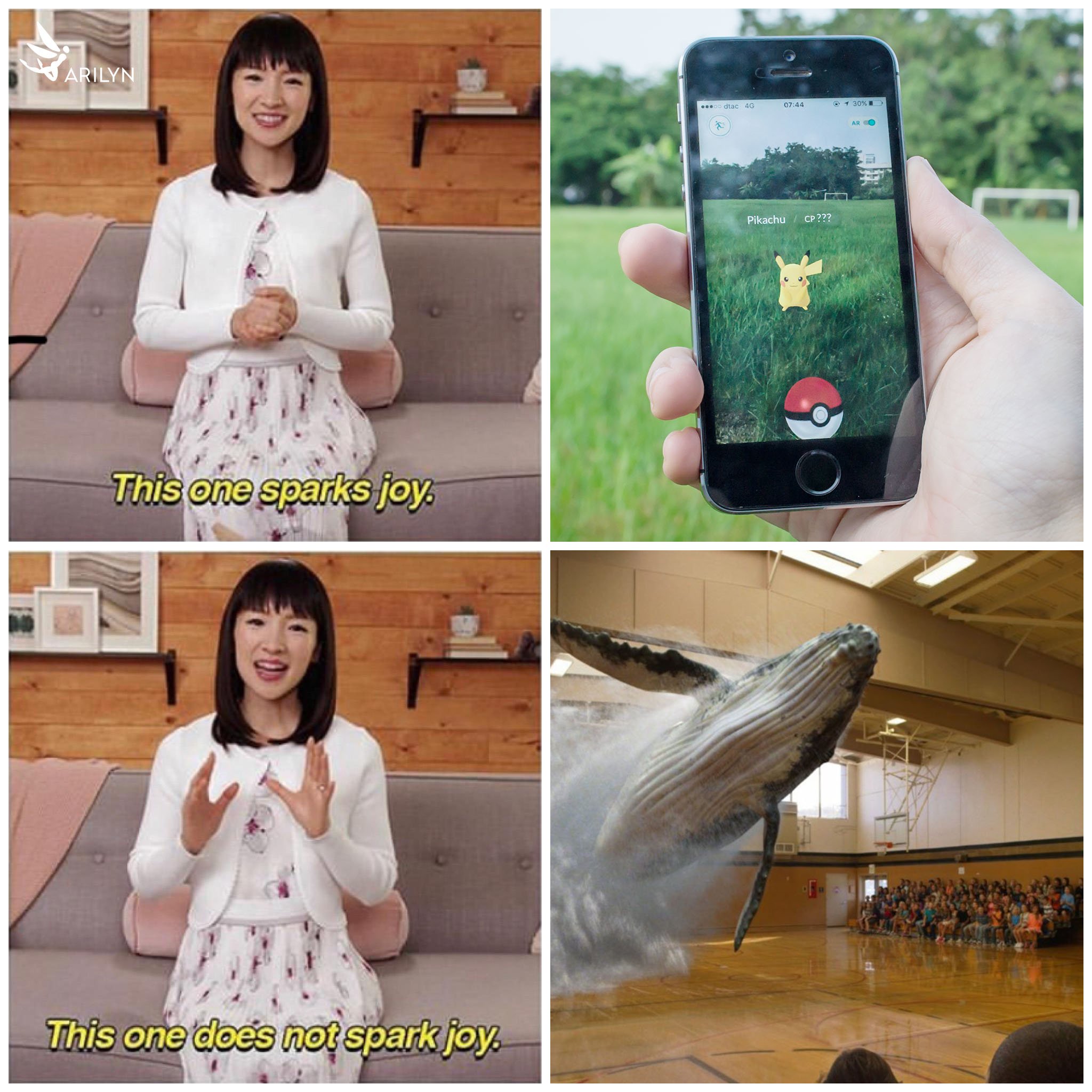 AR comes in many forms. Pick yours or go catch them all!

AR uses advanced technology, such as computer vision, AR cameras, and object recognition, to make augmented experiences as smooth as possible. Currently, all of these fancy cameras and sensors can be found in your ordinary smartphone.

AR content can be constructive or destructive, meaning it can either add to the physical world or mask things out. The important part is that it's interactive: the immaterial creating a new perspective on the material. The goal of AR is not to get users to spend more time in the virtual, but to allow people to interact with their environment in a way they've never interacted before.

AR experience can also be global or local, persistent or temporary, single-user or multiplayer. All of these mean that this augmented world around you can change according to the user, location and time. All of these variations can make your head spin.

How to experience AR? 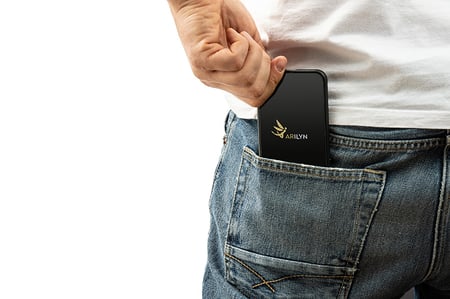 AR can be experienced with AR specific devices such as AR glasses, a native app on your mobile device, or from your web browser (WebAR). With AR glasses being a tad tacky, at least for now, AR apps and WebAR are currently the more user-friendly options.

To experience AR, you need a device with a camera and an AR application. The application can be an AR specific device, such as AR glasses, an app on your smartphone, or your web browser.

Depending on the AR content, you might need a trigger in the physical world, but that's not always the case.

If the AR you're about to explore needs a trigger, scan the trigger on your mobile's browser, the AR app on your phone, or with AR glasses, and the augmented experience will open on your device. The AR content can be mobile or attach itself to the trigger. A trigger can be, for example, an image, or it can be based on your location. Pokemon Go is an excellent example of location-based AR, where you find Pokemons and Pokestops based on your site.

Triggerless AR content allows you to place the AR content wherever you want in your surroundings. In this case, the AR app or device sensors scan the environment and map the content on an appropriate spot. To simplify, it's like the Ikea Place app: you can virtually place the furniture in your home before purchasing them.

Now you're ready to start exploring the new, enhanced reality.

AR is an excellent tool for many things, besides being a fantastic channel for creatives to make the world into whatever they wish. With the technology we have in our hands today, AR can be used for various business cases, like in events, packaging, cultural experiences, and much more. Industrial AR cases cover, for example, warehouse and process management, instructions and guides.

AR might show as a media used by only the high-tech industries and companies, but is actually becoming a channel anyone can use. It is a great way to showcase products to potential buyers, display infographics or data about a product or service, or tell a story of a brand engagingly.

How to get started?

AR is a great way to add value to your customers, whether it's displaying data or implementing company info into a cultural experience. Before going all-in with AR, as in pretty much anything, it's essential to set goals. What are you hoping to get out of an augmented experience, and how will your audience respond to it?

When you have your goals set, the next thing is to decide what kind of experience you want to create. You can find examples of use cases from our blog under the tag Case study.

After that, you're ready to dive into the technicalities. Do you have the in-house talent to create AR, or do you need someone to make the content for you? Arilyn offers free consultation and an easy-to-use app for creating AR, and a production team to make your augmented dreams come true.

With AR, it's all up to you - what does your personalized reality look, sound, and feel like?

To sum up, while augmented reality still is a relatively new and wonderous concept to be used daily, we believe it is the way of the future. The next technological evolution will be spatial computing. The virtual world will be as real as the physical world. The ones who embrace AR today will be the winners of tomorrow.

Are you ready to start your own AR journey? Book a free consultation with us!

Read more about what is augmented reality.